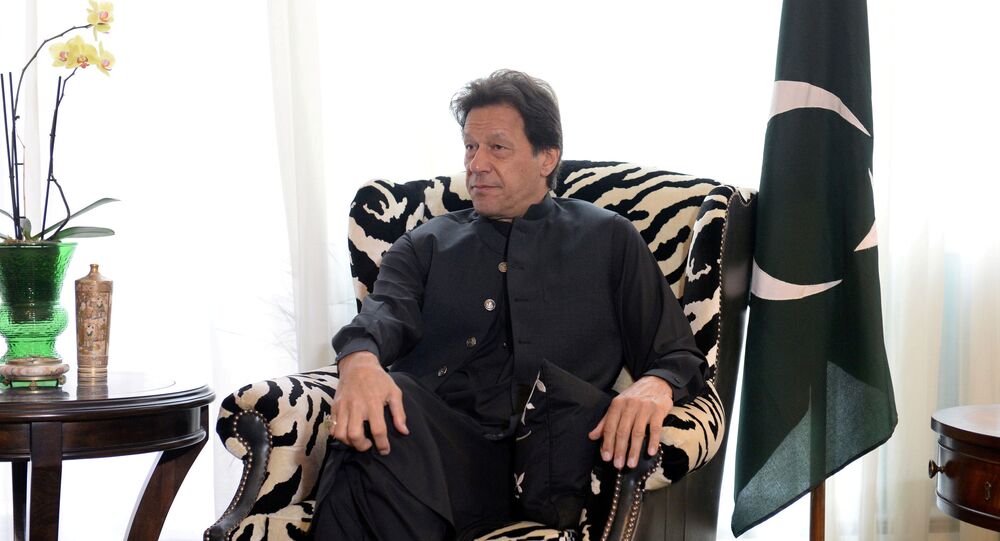 New Delhi (Sputnik): Pakistan Prime Minister Imran Khan said on the sidelines of the UN General Assembly session in New York in September that US President Donald Trump had asked him to mediate with Iran to defuse tensions in the Persian Gulf region.

Islamabad has announced that Prime Minister Khan is set to play a crucial role in diffusing tensions between Tehran and Riyadh.

The country's Foreign Office spokesman Mohammad Faisal said a visit by Khan to Saudi Arabia and Iran is "on the cards".

"The possibility of a visit of [the] prime minister to Saudi Arabia and Iran is on the cards and I will update you as things unfold," Faisal said while briefing media on Thursday.

Nevertheless, Faisal did not reveal the purpose of the visit when asked by reporters whether the possible visit was a continuation of the prime minister's recent visits to the United States and China or whether it had to with the regional situation, the spokesperson said: "[I] don't want to say anything further on this."

Tension between regional rivals Iran and Saudi Arabia escalated after a drone attack on two Saudi Aramco facilities responsible for processing about half of the nation's daily oil output on 14 September. While responsibility for the attack was claimed by the Yemen-based Houthi rebels, who had launched numerous, less successful drone attacks in the past, Riyadh insisted Iran was the culprit; Tehran denied any involvement.

Meanwhile, Tehran hopes its neighbours will support the so-called Hormuz peace initiative on a dialogue between countries in the region advocated by President Hassan Rouhani, Iranian Foreign Minister Mohammad Javad Zarif said in an article for the Kuwaiti Ar-Ray newspaper, released on Thursday.

The talk about the mediation came at the peak of tensions between Iran and the United States, Saudi Arabia’s key ally. The Trump administration has been trying for 18 months now to pressure Iran into a new nuclear agreement through crippling energy and banking-related sanctions, as well as military moves in the region.

The US claimed that the existing nuclear deal, signed in 2015, had failed to prevent Tehran from developing nuclear weapons, despite the IAEA - the international watchdog, monitoring Iranian compliance.