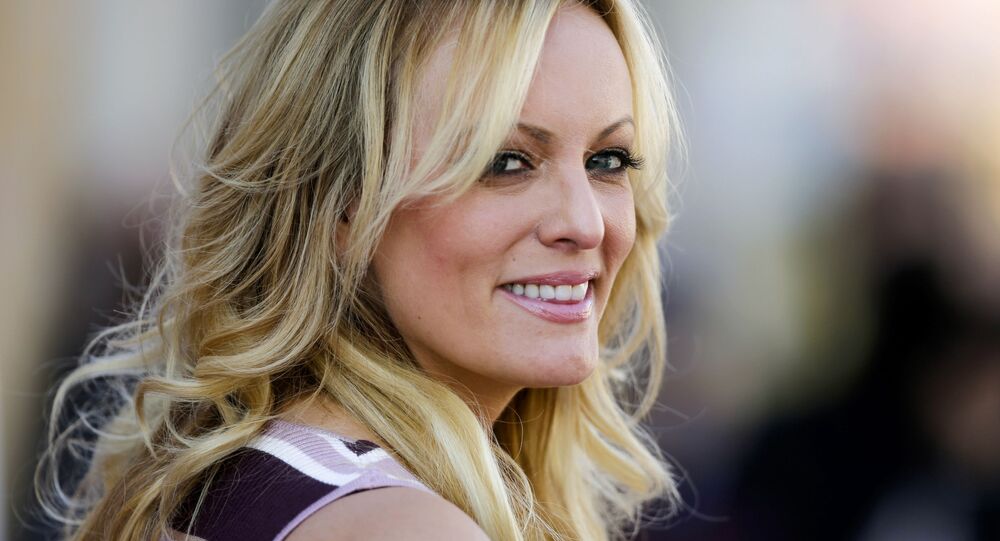 Over the past several decades, multiple high-profile politicians have been dogged by accusations of improper dealings with women, which range from questionable business dealings to allegations of sexual misconduct.

British Prime Minister Boris Johnson has become the latest politician to be dogged by potentially damaging accusations revolving around a woman. Late last month, The Sunday Times reported that Johnson, during his time as London mayor, had failed to declare a personal interest despite having a relationship with a woman who had received taxpayer pounds from London’s coffers.

At the centre of the case is Johnson’s friendship with Jennifer Arcuri, an American tech entrepreneur, and whether he had given her favourable treatment in the shape of government grants and permits to accompany him on overseas trade missions. The prime minister is now in the crosshairs of a London assembly inquiry; he presented the details of his communications with the woman to the assembly, but it deemed his responses to be “insufficient”. Both Johnson and Arcuri have denied any wrongdoing and refused to say whether their relationship was sexual.

The investigation comes at arguably the most critical moment of Johnson’s career: the newly-minted Tory leader is currently battling it out with the opposition to deliver a no-deal Brexit in a landmark moment for the country, and has quite a realistic chance of winning a five-year term as prime minister in a looming general election.

Incidentally, as the battle over Brexit is reaching a boiling point, Johnson has also faced accusations of groping his female colleague, now a Times columnist, 20 years ago when working at The Spectator. Johnson called the allegations “untrue”.

But Britain’s prime minister isn’t the only powerful man who is being accused of dishonesty over relations with women. To some of his predecessors, such accusations costed a political career, while others still have trouble dealing with the aftershocks.

McDougal’s revelations surfaced in US media days before the 2016 presidential election; the Wall Street Journal claimed back then that the publisher of the National Enquirer, a Trump backer, had paid McDougal $150,000. The Stormy Daniels story made headlines in January 2018; Trump’s lawyer Michael Cohen claimed he had made the payments during the 2016 campaign in violation of campaign finance laws and was sentenced to three years in jail later that year. The pay-outs to both women are currently being investigated by House Democrats as part of a broader impeachment process.

Donald Trump’s then-nominee to the Supreme Court, Brett Kavanaugh, was accused by three women last September of sexual assault dating back to his high-school years in the 1980s.

The accusations – all unsubstantiated – have emerged in the days leading up to the vote on his confirmation as a Supreme Court justice and largely overshadowed the confirmation process. Kavanaugh was eventually cleared of misconduct allegations and promoted to the court, despite protests from Democratic lawmakers.

The Kavanaugh scandal came on top of a year held under the aegis of MeToo movement – public allegations of sexual misconduct against numerous men that had flooded politics, sports, and entertainment. Alabama Chief Justice Roy Moore was caught in the middle of a race for a US Senate in his state by claims dating back to 1979.

Several women accused Moore of sexual misconduct; some were teenagers at the time. Moore denied any wrongdoing and has not been prosecuted, but the reports caused public backlash and he soon lost the special election to his Democratic rival.

Years before the MeToo era, Republican South Carolina Governor Mark Sanford found himself at the centre of a major controversy revolving around a mistress.

Sanford, who was serving the third year of his second term, disappeared for six days in June 2009, and his absence from the public eye received nationwide news coverage. When the governor reappeared, he confessed he had an affair with an Argentinian woman, who was identified by local media as a 43-year-old divorced mother of two.

© AP Photo / Mary Ann Chastain
In this June 24, 2009 file photo, Joel Sawyer, right, grabs South Carolina Gov. Mark Sanford arm as he continues to answer questions after he admitted to having an affair during a news conference, in Columbia, S.C.

It later emerged that Sanford and his wife had begun a trial separation two weeks before his Argentina trip. The scandal that followed led him to resign as chairman of the Republican Governors Association. Sanford also faced calls to step down as governor but declined to do so; he also survived a vote to impeach him in the South Carolina legislature and remained in office until his term expired.

A hotel maid from New York has cast a long shadow on the career of Dominique Strauss-Kahn, one of the most influential economists in the world at that time. In the highly-publicised case, the maid accused then-managing director of the International Monetary Fund and a potential challenger to Nicolas Sarkozy as president of France of sexually assaulting and trying to rape her.

Strauss-Kahn, then 65, admitted having the sexual encounter but denied attacking the woman. He was cleared of all charges after the prosecutors found inconsistencies in the accuser’s testimony; the politician later reached a settlement with the woman for an undisclosed amount. However, Strauss-Kahn was still forced to quit as IMF chief during the proceedings, and that case appeared to have sunk his political career. In the following years, the Frenchman came under scrutiny in France on suspicion of hiring prostitutes for sex parties and “aggravated pimping” but avoided trial.

Further into the past, the famed ‘Arnie’ did not avoid sexual misconduct allegations as well. The Terminator star faced accusations that he had groped and humiliated women on film sets and in studio offices from the 1970s to 2000. The claims surfaced at a sensitive time, just five days before the 7 October, 2003 recall election.

Schwarzenegger suggested that the timing of the allegations was politically motivated but still issued an apology and admitted he had “behaved badly.” The scandal did not prevent him from winning the vote.

Last but not least is Gary Hart – the man whose story marked a watershed moment after which a politician’s personal life was no longer separated from their career.

Hart – the front-runner for the 1988 Democratic presidential election and former Democratic senator from Colorado – saw his White House ambitions fade away after media uncovered that he was cheating on his wife. Hart initially was defiant of the reports, believing they would not damage his political prospects, but was eventually forced to withdraw from the presidential race in May 1987.

© AP Photo / Ed Andriesk
Gary Hart waves with his wife Lee at his side as he arrives at a news conference, Friday, May 8, 1987 in Denver. Hart announced that he is withdrawing from the Democratic presidential race.

The woman who proved fatal to his presidential run was identified as Donna Rice, a model who had previously dated Prince Albert of Monaco and The Eagles singer/drummer Don Henley,

Gary Hart made an unsuccessful attempt to return into the presidential race later in 1987 and next assumed a senior government position only under Barack Obama.