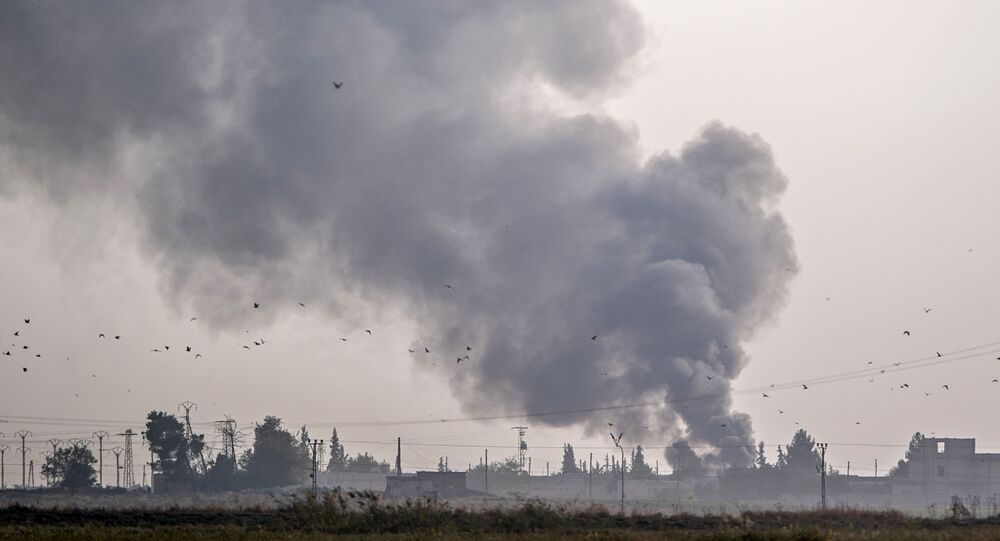 On Wednesday, Turkey launched a military operation aimed at ousting Kurdish militants in northeastern Syria and setting up a "safe zone" in the region to accommodate Syrian refugees there.

US President Donald Trump has said that Turkey's operation in Syria is a "bad idea".

He reiterated that the US does not endorse Turkey's offensive and added that Washington is watching it closely.

Trump also said that there are no US troops in northeastern Syria where the Turkish operation is taking place.

The United States expects Turkey to abide by its commitments to protect civilians and prevent a humanitarian crisis as it carries out its incursion in northern Syria, US President Donald Trump said in a statement on Wednesday.

"Turkey has committed to protecting civilians, protecting religious minorities, including Christians, and ensuring no humanitarian crisis takes place - and we will hold them to this commitment," Trump said.

According to the US President, Turkey is now responsible for ensuring that all captured Daesh* fighters remain in prison in Syria amid the ongoing offensive.

© AP Photo / Lefteris Pitarakis
A Turkish army officer guides a comrade driving a tank to its new position, after was uploaded from a truck, on the Turkish side of the border between Turkey and Syria, in Sanliurfa province, southeastern Turkey, Tuesday, Oct. 8, 2019

Turkish President Recep Tayyip Erdogan announced on Wednesday a military operation in northeastern Syria. He said it is aimed against Kurdish militants operating in the region and is also meant to create a "safe zone" in the area where millions of Syrian refugees could be accommodated.