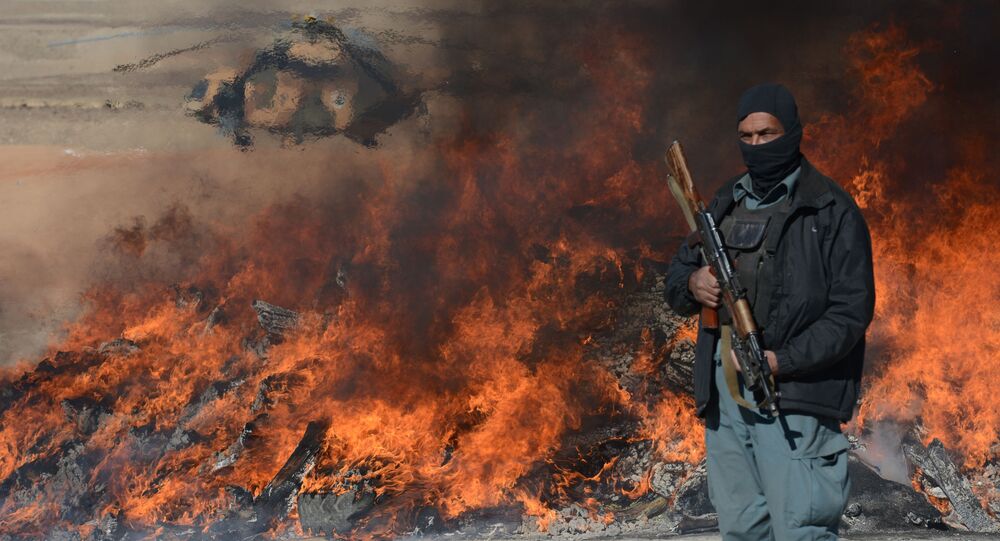 At Least 30 Civilians Dead in US Strikes on Afghan Meth Labs, UN Says

On 5 May, US warplanes reportedly bombed more than 60 methamphetamine labs in western Afghanistan in an attempt to prevent Taliban militants from obtaining an income from drug trafficking.

At least 30 civilian were killed in US airstrikes on several drug-making facilities in Afghanistan in May, the United Nations Assistance Mission in Afghanistan (UNAMA) said in a report on Wednesday.

UNAMA claimed that they had “verified 39 civilian casualties (30 deaths, five injured and four undetermined), including 14 children and one woman, due to the 5 May airstrikes”.

The agency also said that they had obtained “credible information” about an additional 30 deaths, mostly women and children, and that they trying to verify the claims.

UNAMA argued that the methamphetamine production facilities were owned and operated by criminal groups, which is why they “did not meet the definition of legitimate military objectives under international law”.

The agency concluded that the factories and workers inside “may not be lawfully made the target of attack based on their possible economic or financial contribution to the war effort of a party to a conflict”.

“In addition to imagery collection during the precision strikes, USFOR-A conducted exhaustive assessments of the facilities and surrounding areas after the strikes. Combined assessments determined the strikes did not cause deaths or injuries to non-combatants,” the statement pointed out.

USFOR-A insisted the meth labs were run and owned by the Taliban, who they claimed used the revenue to "fund ongoing indiscriminate violence against innocent Afghans".

The May 5 raids in Farah and Nimroz province were carried out after “comprehensive intelligence confirmed that all personnel inside of the laboratories were Taliban combatants”, the command argued.

The US military focused on undermining the Taliban’s meth industry after multiple strikes against the militant group’s opium processing plants in 2017 and early 2018 failed to damage the insurgents’ revenue flow.

US’ Military Efforts in Afghanistan

According to UN statistics, roughly 16,000 civilians have been killed in the Afghanistan war since 2009.

In August, the UN claimed in a report that the US and its allies in Afghanistan have been responsible for more civilian deaths in the country than the Taliban. At least 3,812 civilians have been killed or wounded in the first half of 2019, the report said, noting a big increase in the number of casualties caused by government and NATO-led troops.

The US and its allies launched a military operation in Afghanistan in 2001 after the 9/11 attacks, which were staged by the al-Qaeda* terror group, backed by then Taliban-led government of Afghanistan.

The Taliban and the US are trying to reach a peace deal that would include the withdrawal of foreign troops from Afghanistan and assurances from the Taliban that the country will not be used as a safe haven for terrorists.