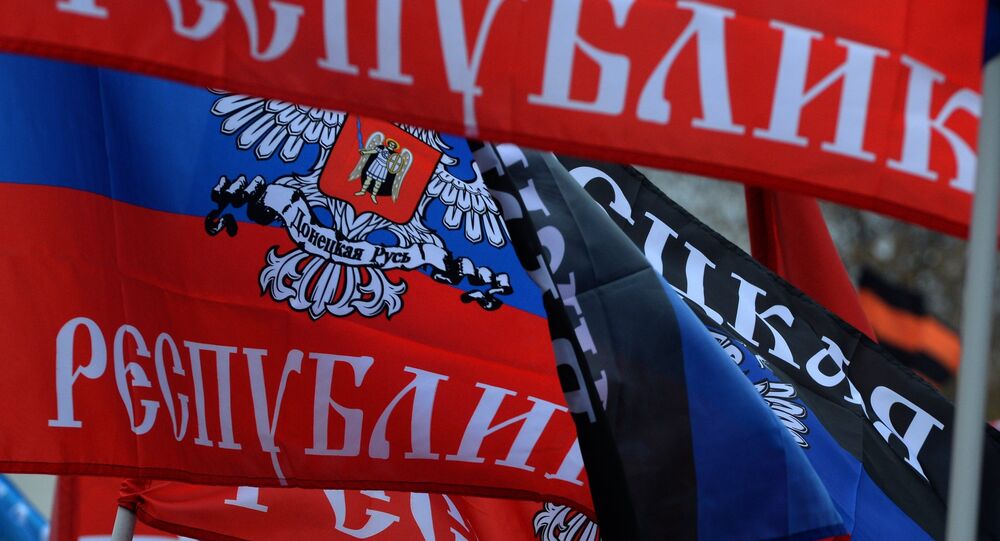 MOSCOW (Sputnik) - On 1 October, the Contact Group on Ukraine met in Minsk and signed an agreement on a peace plan dubbed the "Steinmeier formula," which envisages a special status for Donbas in exchange for the latter holding local elections in line with Ukrainian law under the oversight of the OSCE.

The Kremlin has certain leverage on Donbass, but the self-proclaimed republics remain independent subjects in settling the Ukraine conflict, Russian presidential spokesman Dmitry Peskov said on Monday, when asked whether Moscow could guarantee that Donetsk and Luhansk would withdraw their forces from the contact line.

The Kremlin spokesman recalled that Russia, along with Germany and France, was a guarantor of the Minsk accords.

"And, like all countries, we are interested in all the activities … that have been put on paper and initialled by the four sides being implemented. The Kremlin is not a party to this conflict," he added.

Meanwhile, lawmaker Bohdan Yaremenko from the Servant of the People faction warned on Monday that protesters' calls for rejecting peace negotiations on settling the Donbass crisis will result in Ukraine's isolation.

"The way it sounds now — rejecting peace negotiations — this is a very dangerous position. This will lead to Ukraine's isolation. This will create more problems than [positive] consequences. I understand that peace negotiations should not be held by means of sacrificing some principled things, but we just cannot avoid any sacrifice in these negotiations," Yaremenko said in a video address that he posted on Facebook.

Soon after the Contact Group on Ukraine agreed on the so-called Steinmeier formula, under which the self-proclaimed people's republics of Donetsk and Luhansk will receive autonomy if they hold elections under Ukrainian laws, protests swept Kiev.

The demonstrators held a so-called veche, a popular assembly, where they agreed to stop Kiev's perceived "capitulation." They also called on Ukrainian President Volodymyr Zelenskyy not to "cross red lines."

Meanwhile, Zelenskyy has said that he respects the people's right to protest, but has called on Ukrainians not to give in to provocations.

Kiev and the republics of Donbass also agreed in Minsk to start disengaging forces on the contact line. Ukrainian Foreign Minister Vadym Prystaiko has, however, said that the pullout of forces near Petrivske and Zolote in Donbass will not begin on Monday over what he says were ceasefire violations. Another attempt to start disengagement may start in a week, according to the diplomat.