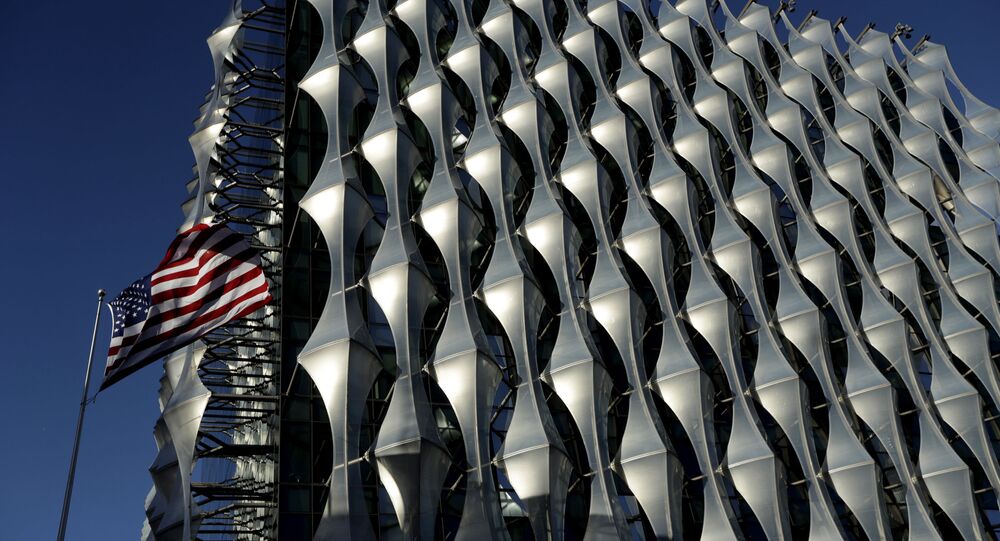 No Place To Hide: US Urged to Hand Over Diplomat’s Wife Linked to Fatal Road Accident in UK

UK Prime Minister Boris Johnson was born in New York and has made great play of his affection for the United States and its President, Donald Trump. Mr Johnson has been accused by the opposition Labour Party of planning to sell off the National Health Service to private US health companies.

Boris Johnson has urged the wife of a US diplomat allegedly involved in a road accident in Britain which killed a teenage motorcyclist to return to the UK to face questioning.

The Prime Minister said he was prepared to ring President Trump up and intervene personally on behalf of the family of 19-year-old Harry Dunn, who was killed when his motorbike collided with a car in August.

Charlotte Charles, whose son Harry Dunn died in a car collision, reacts to the news a suspect in connection with the crash, Anne Sacoolas – a US diplomat’s wife – left the UK.https://t.co/YJ2yCot5uV pic.twitter.com/n0VdGewO3Z

The accident happened close to RAF Croughton, an air base in Northamptonshire, which is used by the US military as a communications hub.

Mr Dunn, from Banbury in Oxfordshire, was hit by an Volvo SUV believed to have been driven by Anne Sacoolas, 42, whose husband Jonathan worked at RAF Croughton for the US government.

She has since left the UK but Northamptonshire’s Chief Constable Nick Adderley has called on the US government to waive her diplomatic immunity.

He said the police had "CCTV evidence" that the vehicle had left the air base and was “on the wrong side of the road" when it collided with Mr Dunn.

Anne Sacoolas you are a disgrace and an utter coward, I hope you never suffer the pain Harry's parents are going through. Diplomatic immunity should be scrapped. #JusticeForHarryDunn #Justice4Harry #JusticeForHarry #AnneSacoolas pic.twitter.com/dV7NB3PsNE

​Under the 1961 Vienna Convention, diplomats and their relatives are immune from prosecution in the host country but their immunity can be waived by their home country.

Mr Johnson told reporters on Monday, 7 October: "I do not think that it can be right to use the process of diplomatic immunity for this type of purpose. I hope that Anne Sacoolas will come back and will engage properly with the processes of law as they are carried out in this country."

Not surprisingly, this has had ZERO media coverage in the US. Why? Because apparently a US diplomat’s wife can kill anyone she pleases.https://t.co/MNVUtU73jP#HarryDunn

​"If we can't resolve it then of course I will be raising it myself personally with the White House," Mr Johnson said.

Foreign Secretary Dominic Raab has already raised the case with the US ambassador, Woody Johnson.

Northamptonshire Police said the driver had "engaged fully" following the crash near RAF Croughton, a US Air Force communications station, and said "she had no plans to leave the country in the near future".