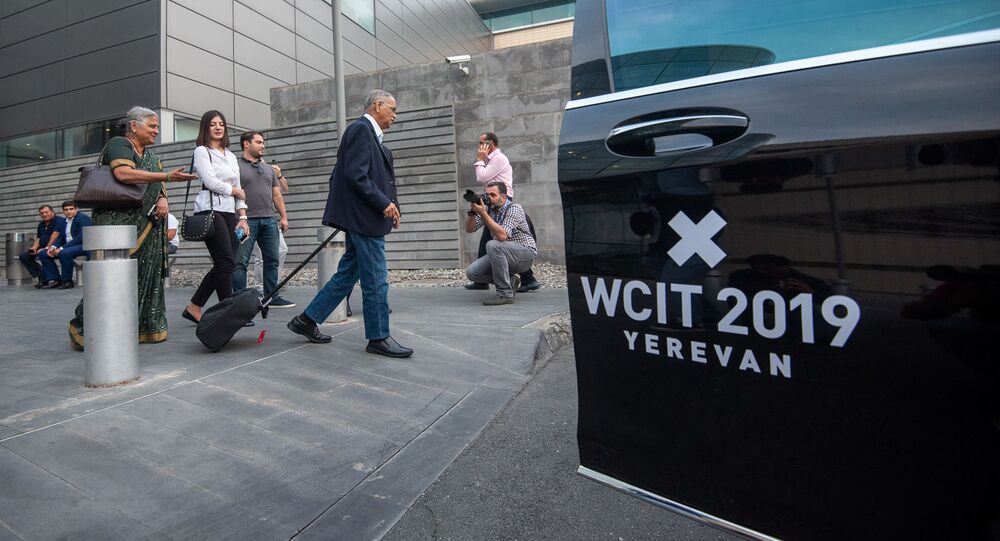 Moscow Brings 100 Projects to IT World Congress in Armenia

MOSCOW (Sputnik) - Moscow’s Department of Entrepreneurship and Innovative Development plans to showcase over 100 projects at an international IT conference that began in Armenia on Sunday.

"Moscow will present at the forum more than 100 perspective developments. These are solutions in the areas of digital government, smart city, security, healthcare, education and human capital," Moscow Deputy Mayor Natalya Sergunina said in a press release.

The Moscow administration sees "good prospects" for its know-hows in both domestic and foreign markets. The projects will be split up in three sets: city, business and innovation.

"Moscow is one of the most technologically advanced megacities in the world. Digital services penetrate almost all spheres of life of Muscovites, helping them save time and simplifying interaction with the city," said Eduard Lysenko, the head of Moscow’s Department of Information Technology.

Moscow is an official partner of the World Congress on Information Technology (WCIT-2019) in Yerevan. The four-day event is expected to attract 2,000 IT companies, investors and officials from 70 countries.