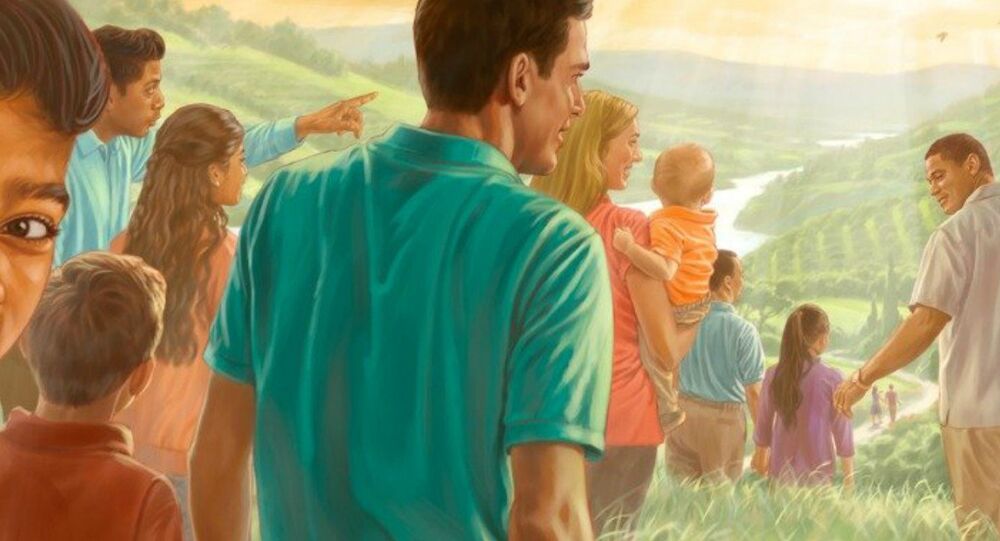 The report published by the South China Morning Post implies the stunning trend of African locals embarking on courses of Chinese, as well as Asian migrants in the area increasingly targeting people who come from communist atheist China, in a bid to cash in on their alienation from their home and family.

As more and more Chinese nationals follow the Belt and Road trail to Kenya, local evangelists from the East African country are learning their language, to bring them the word of God and save their souls, South China Morning Post’s April Zhu reported telling the story of An, a Chinese woman living in Nairobi who once opened the door of her newly rented apartment to two “smiling” Jehovah’s Witnesses – one East Asian and one European.

The visitors surprisingly spoke good Mandarin and told An, who grew suspicious with time, that they, came to her place, having learnt there was a Chinese newcomer in the building. Surprised to have been targeted by Chinese-speaking non-Chinese Witnesses in East Africa, An hurriedly welcomed them in, learning from the evangelists that one was a British student on a summer holiday, while the other was from Japan.

As they chatted in the living room, the talk gradually moved on from the Bible and preaching, to Darwinian evolution and the persecution of Christians in China, which the Japanese evangelist openly referred to as “severe”.

It appeared that having been banned from China, the sect typically held their meetings covertly to avoid raids by the authorities. The Japanese preacher followed the Chinese diaspora to Kenya, a country that gives the ultimate carte-blanche to residents to pick and choose a religion or a sect, quite in contrast to policies in China.

Her husband, once a Communist, and believer in Mao Zedong first came to Africa from China in 1998, where he started working in medicine, and eventually “came into the truth,” which Witnesses refer to as conversion, becoming the first Chinese person to be baptised as a Jehovah’s Witness in Kenya. Later, the wife also became “a pioneer”, with the couple kickstarting their first course of Mandarin for Witnesses in Nairobi, which became popular over the years.

Though they share pretty much with other Christian sects and base their ethos on a translation of the Bible, Jehovah’s Witnesses are not actually Christians in the proper sense of this word: they refer to God as Jehovah, whereas Catholics or Protestants, most importantly, pray to the Holy Trinity. The latter is eschewed by Witnesses, who regard Jesus as the available means of salvation, being the son of Jehovah and not God himself.

In today’s Kenya, which is home to nearly 40,000 professionals and their families who follow them on long-term business trips from China- Kenya’s primary lender -  the “unreached Godless peoples,” as Witnesses have branded the non-religious ones, are those far away from home.

The missionaries of Witnesses, currently banned or restricted in countries like Singapore, China, Vietnam, Russia and quite a few of Muslim-majority states as "extremist" organisations, are primarily locals, the SCMP wrote depicting a big Sunday gathering in Kenya’s largest Kingdom Hall of Jehovah’s Witnesses, in the affluent Nairobi suburb of Kilimani.

Kenya is one of the 152 countries engaged in the comprehensive, so-dubbed Belt and Road Initiative, stipulating a range of infrastructure development projects and investments at China’s behest.