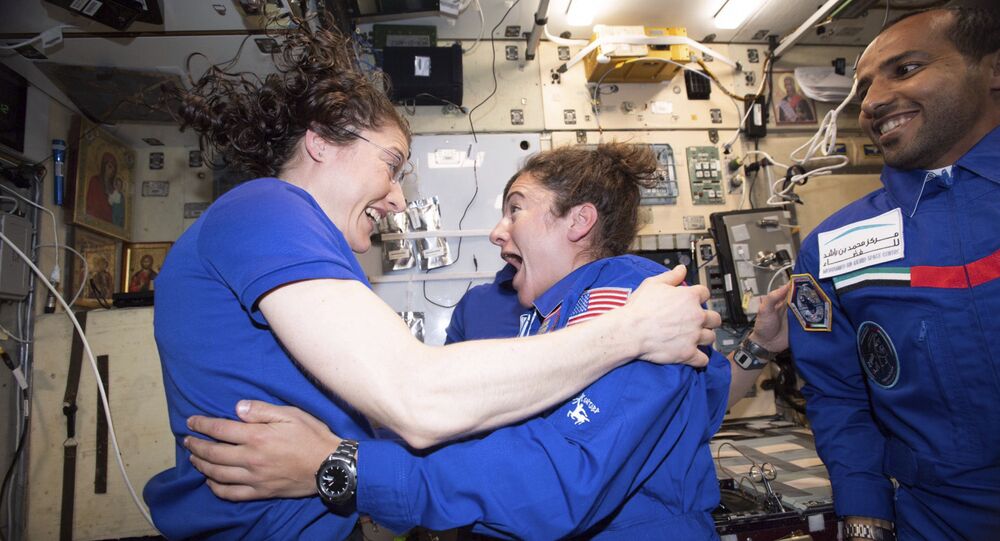 Big Step For Womankind: First All-Female Spacewalk to be Held This October

Initially, the first all-female spacewalk was scheduled for March this year, however, NASA decided to postpone it, citing "spacesuit availability".

On Friday, NASA said during a press briefing that the first all-female spacewalk with astronauts Christina Koch and Jessica Meir is scheduled for 21 October.

Koch arrived at the International Space Station (ISS) in March and was to go on a spacewalk with astronaut Anne McClain, but the event was postponed as there was only one medium-sized suit on the station. McClain has since returned to Earth.

"We do our best to anticipate the spacesuit sizes that each astronaut will need, based on the spacesuit size they wore in training on the ground, and in some cases (including Anne McClain's) astronauts train in multiple sizes. However, individuals' sizing needs may change when they are on orbit, in response to the changes living in microgravity can bring about in a body. In addition, no one training environment can fully simulate performing a spacewalk in microgravity, and an individual may find that their sizing preferences change in space", Brandi Dean of NASA's public affairs office said at that time.

Following the postponement, Koch configured the second suit herself and will now conduct three spacewalks in October - two with NASA astronaut Andrew Morgan and with Jessica Meir.

This is how it feels when in addition to your childhood dream being fulfilled by arriving to @Space_Station, you’re greeted by your Astro-brothers and sisters on the other side of the hatch. pic.twitter.com/mexDxMdWhd

​Meir arrived at the ISS this week; besides conducting the first all-female spacewalk with Koch, she is to have a spacewalk with European Space Agency astronaut Luca Parmitano.

Koch and Meir have trained together for the last six years, as they're members of the same astronaut class.