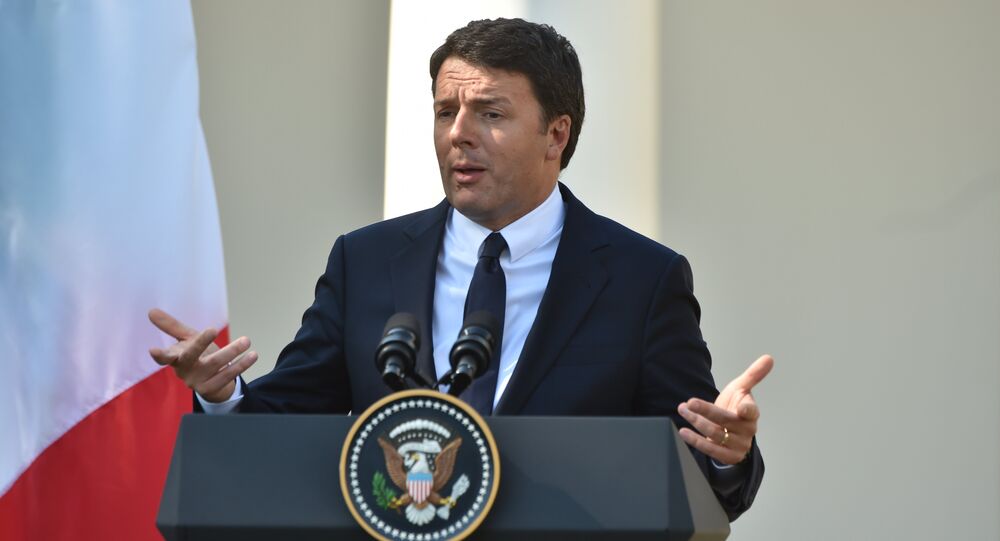 Former Trump campaign aide George Papadopoulos argued in May that the administration of former US President Barack Obama colluded with Australia, Italy, Turkey, Ukraine, and the United Kingdom in a bid to overthrow Trump, who became a president after the November 2016 election.

Former Italian Prime Minister Matteo Renzi has stated that he would sue former member of the foreign policy advisory panel to Donald Trump's 2016 presidential campaign George Papadopoulos over an allegation that he plotted with Barack Obama against the 45th president of the United States.

Earlier in the day, Papadopoulos told the Italian La Berity that he believed "Matteo Renzi was used by Barack Obama to strike a low blow against Trump and that now Renzi will remain exposed because of this story".

Renzi promptly replied to the accusation on Facebook, saying that Papadopoulos' statement was "seriously damaging to my reputation".

Prior to this, US Republican Senator Lindsey Graham, who is the head of the US Senate Judiciary Committee and is ordinarily a staunch ally of the president, reportedly sent a letter to Italian Prime Minister Giuseppe Conte, British Prime Minister Boris Johnson, and Australian Prime Minister Scott Morrison, in which he invited and urged the three US-allied countries to cooperate with the Justice Department in its investigation into the origins of Russiagate.

Russia's alleged meddling in US affairs, including in the 2016 presidential election that resulted in Trump's victory, has never been proven. Yet the Democrats continue to insist that collusion between "Russian operatives" and Trump associates did take place during the US presidential campaign. Moscow has repeatedly denied meddling in US political affairs, stressing that the allegations were merely created to excuse the loss of Trump's opponent during the 2016 presidential election.