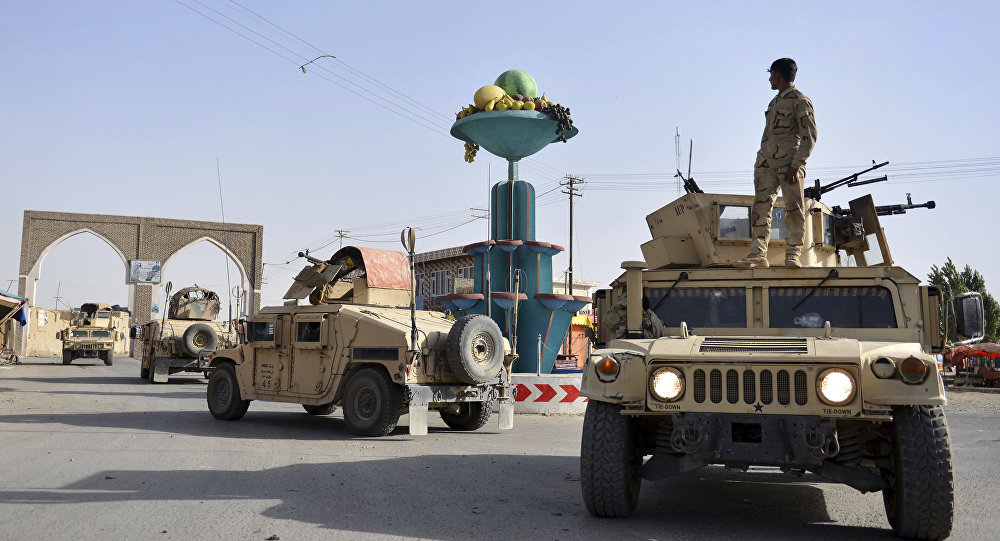 Pakistan, Taliban Call for Resumption of Afghan Peace Process with US 'as Soon as Possible'

New Delhi (Sputnik): Pakistan has urged US President Donald Trump to resume the Afghan peace dialogue after Washington called off the talks on 10 September. On Thursday, Pakistan hosted a high-level Afghan Taliban delegation and discussed “the regional situation, the Afghan peace process and other issues of mutual interest”.

Pakistan and the Taliban have agreed to resume the Afghanistan peace process with the United States as soon as possible, Pakistan's foreign office said on Thursday after a 12-member Taliban delegation met with Foreign Minister Shah Mahmood Qureshi in Islamabad. A Pakistani Inter Service Intelligence official and Foreign Affairs Secretary Sohail Mahmood were also present at the meeting.

"People from both countries had also suffered tremendously due to a 40-year-long conflict and instability in Afghanistan. It was time to make all possible efforts for an early, peaceful resolution of the conflict in Afghanistan,” Qureshi said, while adding Pakistan would continue to support all efforts to achieve permanent peace in Afghanistan, which was essential for Islamabad’s own socio-economic development and progress.

Foreign Minister Qureshi said that Pakistan has maintained for several years that there is no military solution to the complex situation in Afghanistan. “An inclusive peace and reconciliation process, involving all sections of the Afghan society, is the only practical way forward,” the minister noted.

(For the rest of them might be easy, and not so unusual, but one wonders what goes through Mullah Baradar’s head: ten years of Pakistani prison and humiliation.)pic.twitter.com/XYjZh0pJ79

​The minister added that peace in Afghanistan would prove to be beneficial for the entire region. While appreciating the Taliban's serious engagement in the peace process, he underscored the need to take these efforts to their logical conclusion.

“The existing, broad regional and international consensus for achieving peace in Afghanistan at the earliest provided an unprecedented opportunity that must not be lost. Both sides agreed on the need for the earliest resumption of the peace process,” a statement issued by Pakistan's foreign ministry after the meeting reads.

Earlier in the day, Qureshi received Mullah Abdul Ghani Baradar, heading the 12-member delegation of the Afghan Taliban at the foreign office in Islamabad.

Nevertheless, Pakistani Prime Minister Imran Khan had urged US President Donald Trump to return to the negotiating table once again and conclude the deal with the Taliban as early as possible.

Incidentally, US peace envoy to Afghanistan Zalmay Khalilzad was also in Islamabad but the Taliban's Doha-based spokesman Shaheen had told AFP that simultaneous visits are just a "coincidence".

Last month, a day before secret talks which had been planned with a Taliban delegation at the Camp David presidential retreat on 11 September, US President Trump had called off the peace dialogue after a militant group admitted to killing a US soldier. "I cancelled Camp David on the basis that they did something that they sure as hell shouldn't have done," Trump had said while condemning the attack that killed 12 people, including a US soldier.

Taliban Say Ready to Continue Dialogue With US - Russian Diplomat