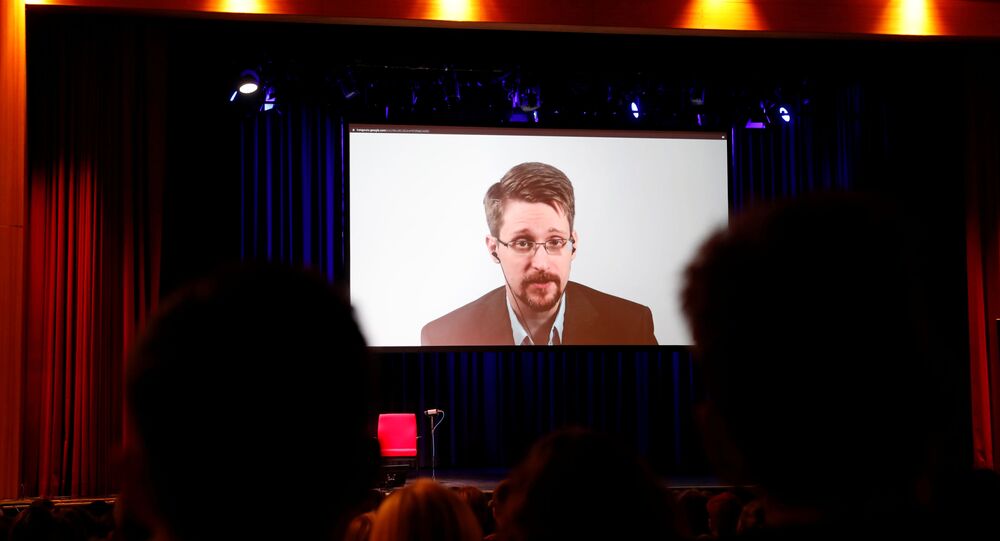 Edward Snowden, who released information regarding global surveillance carried out by the National Security Agency (NSA) in 2013, released his memoirs in September. Since being granted asylum by Russia in 2013, he rarely speaks in public and only through online video calls.

Edward Snowden, the American whistleblower who unveiled the extent of National Security Agency (NSA) surveillance, will appear and speak at a Web Summit in Lisbon next month through video, marking his first public appearance he was sued by the US.

Reuters revealed on Wednesday that the Web Summit, which is the world's largest Tech conference, would be Snowden’s largest live audience so far, and it was confirmed by the organisers that he would take questions from a moderator regarding his work with the National Security Agency (NSA).

The organisers told Reuters that they anticipate 70,000 people to attend the conference in person, which will also be broadcast to the public.

Snowden, who gained global fame in 2013 after he leaked information about the global reach of the NSA's surveillance programs and its sharing of information with companies all over the world, released a memoir titled "Permanent Record" last month.

The US government sued him over the book on the basis that it violated nondisclosure agreements as it was never submitted for review before the memoir's publication.

The lawsuit does not aim to block the book's publishing, however, it does ask that the government receive any of the book's profits.

The US attorney for the Eastern District of Virginia, G. Zachary Terwilliger, US, said in a statement last month that “intelligence information should protect our nation, not provide personal profit... This lawsuit will ensure that Edward Snowden receives no monetary benefits from breaching the trust placed in him”.

Snowden has been living in Russia since 2013 after the Russian government granted asylum. He claims he is unable to travel outside to countries with extradition treaties with the US, where he faces criminal charges for allegedly releasing confidential information.

This is the case even though many who oppose mass surveillance view Snowden as a hero.

Snowden is one of two US citizens who face charges from the US government for leaking confidential information. Ex-soldier Chelsea Manning, who is currently serving an 18-month prison sentence, was also imprisoned for violating the Espionage Act, stealing government property, and other cyber-related crimes for aiding in the leaking of a series of videos of alleged war crimes committed by the US military in Iraq and Afghanistan, such as the Baghdad helicopter attack which killed 12 people.