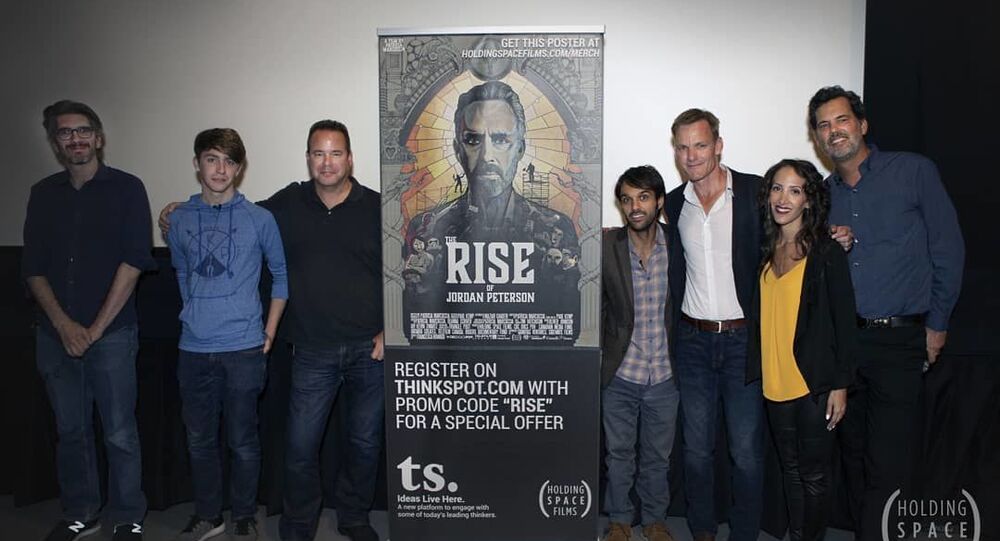 Despite rumours about upcoming protests against the biopic’s screening in British Columbia theatres, the film’s director argues that ticket sales actually point to the public taking an interest in the documentary.

Following its premiere in Canada last week, “The Rise of Jordan Peterson”, a biopic about the famous psychology professor, now witnesses what Surrey Now-Leader described as “a very limited release in select theatres” across the country.

According to the newspaper, there are currently 11 screenings in movie theaters across the country slated for 6 October, with half of them being in Ontario, as the film’s production company, Holding Space Films, apparently opted for a cinema on demand format so that “theatres can request screenings for their location.”

News of this development come after screening of the film was cancelled in Toronto after some cinema employees apparently complained about feeling uncomfortable with the film’s content.

“All sorts of theatres have said it’s unethical to give Peterson a platform, but I feel there is a difference between there being a film about him and giving him a platform. Distributors have told us ‘people won’t pay money to see someone they don’t like,’” Patricia Marcoccia, the director of the biopic, said.

She added that she heard rumours about possible protests against the screening in Colossus Langley – one of two theatres in British Columbia to screen the film – but argued that ticket sales actually point to the public’s interest in the documentary.

“It’s hard to know – he [Peterson] is being protested less and less. It really only draws more attention to the event,” Marcoccia explained. “The film was made in a way to reflect back the polarizing way Peterson has been covered – there is so much more perplexity. Nothing just fits one certain narrative.”

Marcoccia and the film’s producer Maziar Ghaderi also revealed that they initially started making a doc about Peterson’s life by detailing his friendship and family bonds with Kwakwaka’wakw carver Charles Joseph, but that the focus of their work changed in 2016, when the psychologist released a series of YouTube videos criticising the use of gender-less pronouns.

“I had no idea these videos were coming. It came as a big surprise. We started filming but I had to switch gears and put what I was doing aside; circumstances became quite different,” Marcoccia explained.