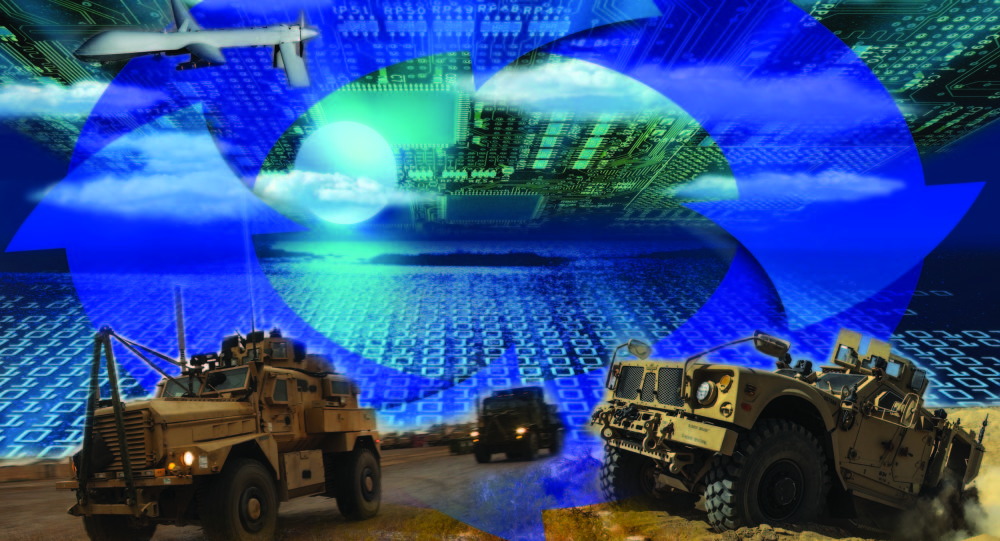 Late last week, the UK’s Chief of the Defence Staff Nick Carter claimed that Britain is at war every day due to constant cyber attacks from Russia and elsewhere. According to him, distinctions between peace and war “don’t exist any longer” in the modern world.

The press service of the Russian Embassy in the UK has claimed that British defence structures come up with non-existent threats in order to justify budget increases.

The statement comes in response to British military chief Nick Carter’s claims that the UK is “at war on a daily basis” over Russian cyber threats.

In Sunday’s address to the Cliveden Literary Festival, General Carter argued that “the changing character of warfare has exposed the distinctions that don’t exist any longer between peace and war.”

Carter makes such remarks instead of focusing on “existing global problems, such as the role of new information technologies in interstate rivalry which should be substantively and professionally discussed at international sites,” the statement by the Russian embassy’s press service noted.

The press service added that Carter’s remarks will prompt Russian diplomats to discuss how the US military chief’s words are in line with London’s position.

“The rhetoric of the top British military commander is a matter of concern. In fact, he states that in modern conditions the familiar line between war and peace is erased, and the general himself ‘feels like being at war’ because of ‘increased competition between world powers and the struggle of ideas between states and non-state entities,” the press service said.

Additionally, the Russian diplomats expressed surprise over Carter’s claims that Russia’s and China’s “interpretation” of international norms threatened “the ethical and legal basis on which we apply the rule of armed conflict” and that “Russia is much more of a threat today than it was five years ago.”

Earlier, The Telegraph cited Lieutenant General Ivan Jones, the UK Commander of the Field Army, as saying that the so-called 6 Division (6 Div) had been formed in the British Army to influence the behaviour of both the public and adversaries by specialising in “information warfare.”

According to Jones, 6 Div would operate “above and below the threshold of conventional conflict" to counter alleged Russian activity and threats emanating from terrorist groups such as Daesh.*

The Russian Foreign Ministry stated that Moscow would not be frightened by such divisions, while Vadimir Tarabrin, head of the Centre for Cyber Threats think tank, said that reports about the creation of such divisions are purely propagandistic in nature.

“If the Western countries had real intentions to engage in a dialogue, they would not talk about it [divisions]. Therefore, let it be on their conscience”, he emphasised, adding that Russia will be able to defend itself.

Russia has repeatedly rejected its involvement in cyber-attacks abroad, with Russian Foreign Ministry spokeswoman Maria Zakharova stressing that “in Western countries, it has become common courtesy to systematically accuse Russia” in such crimes.

She was echoed by the Russian President’s spokesman Dmitry Peskov who underscored that “these are absolutely unfounded accusations, which are often quite absurd and are not supported by concrete facts.”