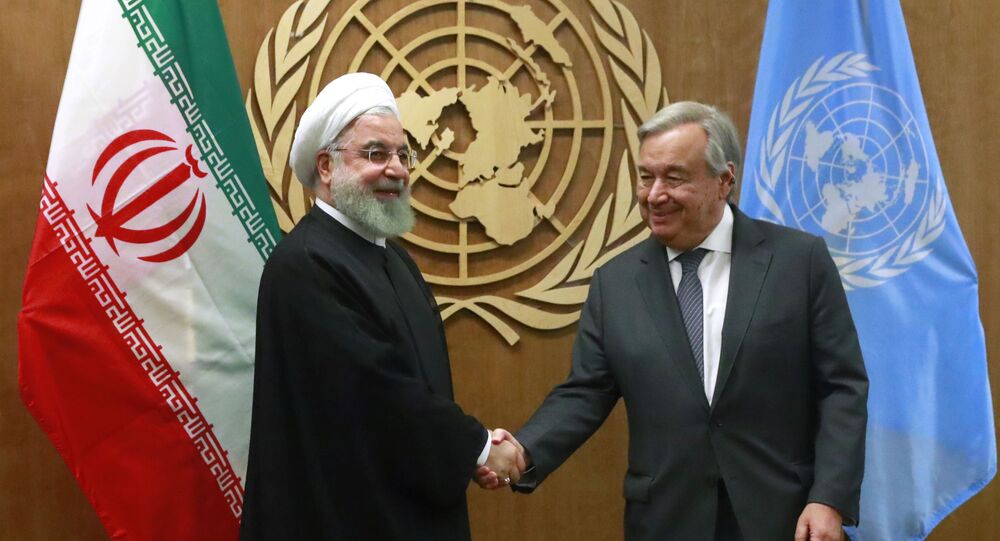 Iranian President Hassan Rouhani said Thursday that his delegation would support, “if asked”, a vote to move the UN headquarters from the US to a “better country,” accusing Washington of “capitalizing” on its position as UN host, Fox News reported.

“If we’re ever asked, we will, of course, vote for it, for the United Nations headquarters to be transferred to a more secure and better country that does not have the narrow viewpoints that we have been witnessing,” Rouhani said at the press conference.

Speaking about the United Nations, Rouhani noted that "this is the house of peace and house of communications with one another and America must not take advantage of its position as a host and only grant visas to whom America likes.”

The idea of moving the UN HQ was floated Wednesday by Lavrov, after several members of the Russian delegation were denied visas to the United States. Ten Foreign Ministry employees, two lawmakers and the head of Roscosmos were denied entry ahead of UN General Assembly high-level meeting in New York.

Speaking with Kommersant, Lavrov noted that when visas were denied to the Non-Proliferation and Arms Control department, who was invited to meetings of the UN Disarmament Commission in April this year, Russia formally asked not to hold a Commission session in the US.

“Now, apparently, we will have to raise the question of what to do with the UN headquarters,” Lavrov said. He pledged to retaliate against the administration of US President Donald Trump.

Earlier this week, the Trump administration also restricted entry to a number of senior Iranian government officials and their family members, describing the current government of Iran as a “state sponsor of terrorism.” An official Trump proclamation was published on the White House website.

Earlier this year, Washington sanctioned Iranian Foreign Minister Mohammad Javad Zarif and formally barred him from entry into the US. Washington nonetheless issued Zarif a visa so that he could attend the UN meeting. In an interview with CBS, Zarif said that the visa was accompanied by a letter which underscored that the entry permit was issued on a waiver basis.

“They want me to know that I'm not supposed to be here,” the Foreign Minister said.

The 74th session of the UN General Assembly kicked off on 17 September and will end on 30 September. On Tuesday, 24 September, the first day of the high-level debate took place. Iranian president Hassan Rouhani spoke on Wednesday.