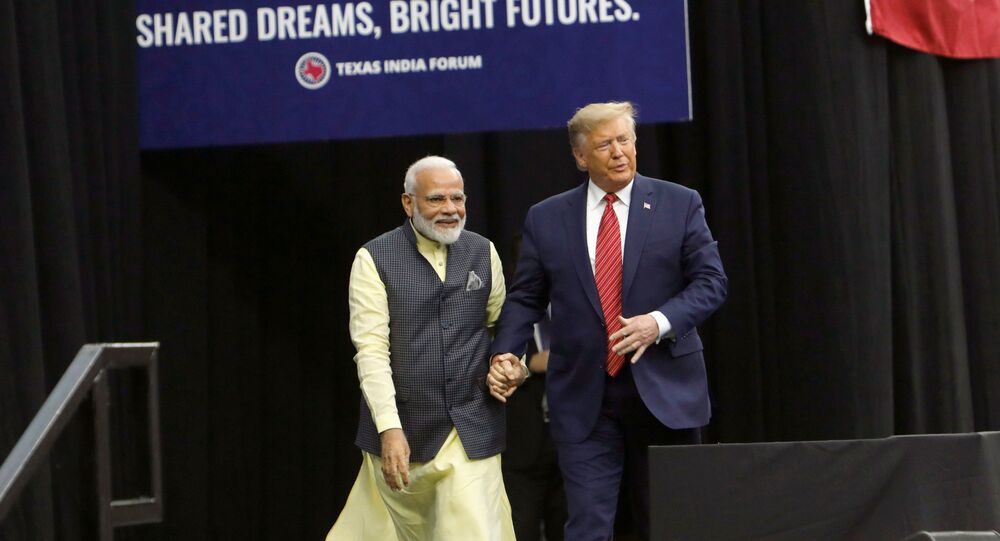 The two leaders have already met twice, once in Houston, Texas, and again at the United Nations in New York, and will have another meeting later this week.

US President Donald Trump compared India’s Prime Minister Narendra Modi to the king of rock’n’roll, Elvis Presley, during a meeting at the United Nations headquarters in New York on Tuesday.

Speaking before the cameras, the US president was all praise towards Modi, whom he called a “father of India” for his efforts to “bring things together” inside India. According to Trump, before Modi, there was “a lot of dissention, a lot of fighting” in the “torn” country.

The comments come after Trump attended “Howdy, Modi!”, an Indian community event in Houston organized by the Texas India Forum, which took place last Sunday. According to Trump, the prime minister was greeted like a 20th-century rock star at an event attended by some 50,000 people.

"He is like an American version of Elvis (Presley)," Trump said, apparently meaning to say “Indian version”.

​Trump speculated that a US-India trade agreement would soon be finalized, adding that there is “good chemistry” between him and Modi.

The US president also expressed his hopes that India and Pakistan would be able to resolve their ongoing conflict and offered his services as a mediator.

"I really believe that Prime Minister Modi and Prime Minister [Imran] Khan will get along when they get to know each other, I think a lot of good things will come from that meeting," Trump said.

"I am thankful to Trump that he came to Houston. He is my friend but he is also a good friend of India," Modi said, according to India Today.

The prime minister is in the US for a week-long visit, and the two leaders will have the third meeting later this week, the report says.

'Get a Room': Twitter Goes Ballistic Over Trump & Modi Bonding in Houston