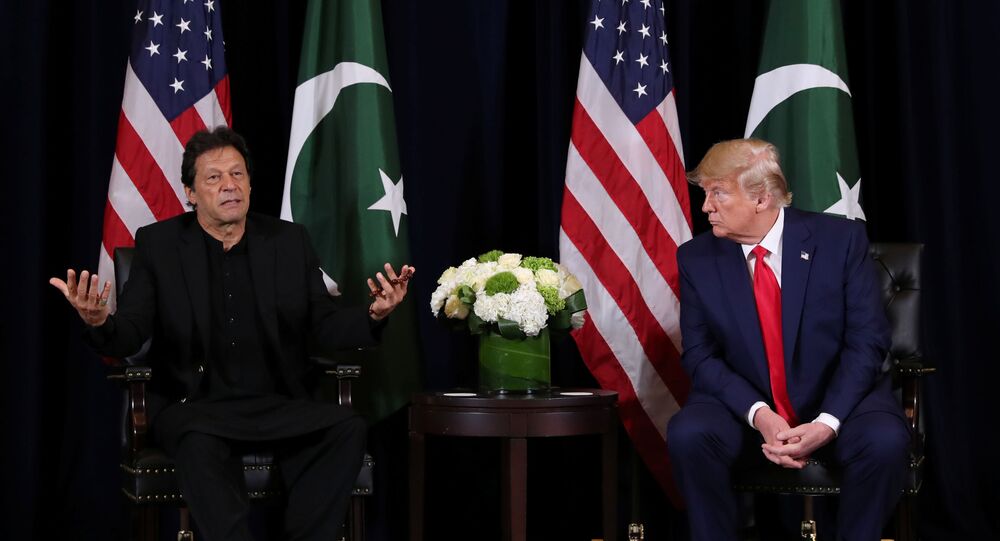 US President Donald Trump said earlier that Washington does not "need a mediator", adding - with regard to Iran - that "they know who to call".

Pakistani Prime Minister Imran Khan said Tuesday on the sidelines of the United Nations General Assembly that Trump asked him to help to ease tensions with Iran, adding that he immediately went to speak with Iranian President Hassan Rouhani on Monday.

"I can't say anything right now more than this, except that we are trying and mediating", Khan said.

On Monday, Trump discussed with Khan the existing tensions between India and Pakistan and possible ways to de-escalate the situation, the White House said, in a readout of the meeting. Trump and Khan also talked about efforts to combat terrorism and the importance of an Indo-Pakistani dialogue to resolve disputes.

Earlier on Tuesday, Trump said that Washington would boost its sanctions against Iran if Tehran does not obey the demands of the US. Trump also reiterated that Washington is ready to engage in dialogue and embrace a future friendship with Tehran, saying that the US wants partners, not enemies.

He defended his decision to pull the US out of the international nuclear deal Iran, formally known as the Joint Comprehensive Plan of Action (JCPOA).

The United States has ratcheted up sanctions on Iran since last year as part of its "maximum pressure" campaign, targeting the Iranian economy, most recently through the central bank and the sovereign wealth fund. Iranian Foreign Minister Javad Zarif called the move a sign of despair on the part of the Trump administration.

The standoff between Iran and the United States has over the past several months prompted the situation in the Persian Gulf to deteriorate. A series of attacks on tankers in the Gulf of Oman and Hormuz Strait, as well as most recently a drone attack against oil facilities of Saudi Arabia, have worsened the situation, with Washington and its allies placing the blame on Iran. Tehran has refuted all accusations.