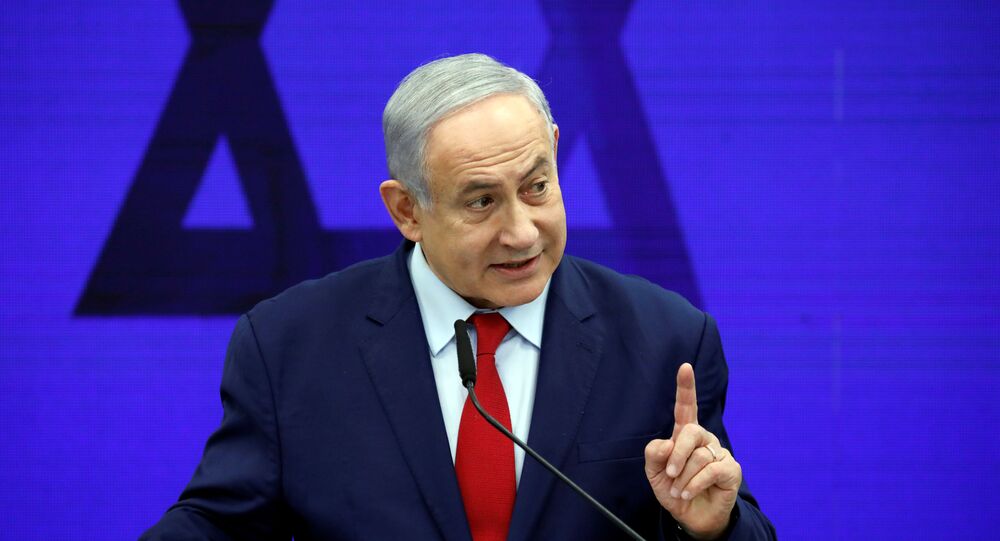 TEL AVIV (Sputnik) - Israeli Prime Minister Benjamin Netanyahu has responded to US President Donald Trump's speech at the UN General Assembly and called on the international community to strengthen sanctions against Iran.

"Britain, France, and Germany said that Iran is responsible for the recent attacks on Saudi Arabia. Let me speak, on behalf of Israel, in plain words: Iran did it ... Israel knows how to protect itself from such aggression. We urge all members of the international community to join the US president's attempts to strengthen pressure against Iran. It is the only way to stop the Iranian aggression," Netanyahu said in a video statement posted on all of his social media accounts.

During his speech, President Trump said that there was no intention to weaken sanctions against Iran and that they will only be strengthened until Tehran changes its behaviour.

Israel and Iran have a fraught relationship and the Jewish state has been actively working to undermine its rival's position in the region, which includes convincing other countries' governments to sanction Tehran.

Last week, the US introduced new sanctions against Iran, targeting the country's Central Bank, the National Development Fund of Iran and Etemad Tejarate Pars Co, an Iranian company which the US claims is used to conceal financial transfers for Iranian military purchases. The move came as a response to the drone attacks on Saudi Aramco's oil fields on 14 September after Washington had put the blame for the incident on Iran. Tehran has strongly denied all the accusations.