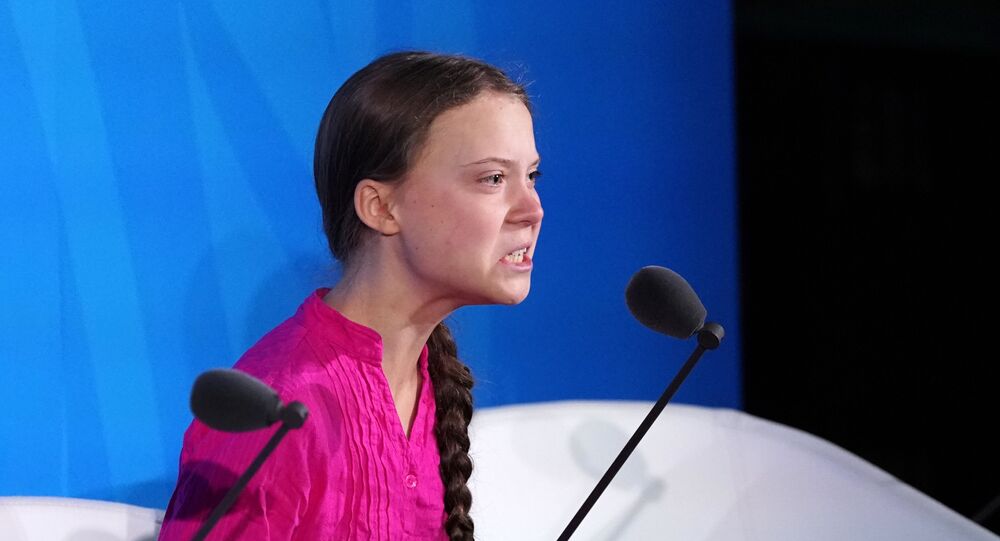 The French head of state argued that while the mobilisation of young people in order to deal with the climate change is a good thing, their actions should probably be directed against the countries which actually “try to block” efforts aimed at protecting the environment.

The president delivered his rebuttal on 24 September, the day after Thunberg angrily chastised world leaders at the UN for their alleged failure to tackle climate change, followed by her and several other child petitioners submitting a complaint with the Committee on the Rights of the Child against five countries – France, Germany, Argentina, Turkey and Brazil – which allegedly violated their rights by not doing enough to address the climate crisis.

Commenting on this development, Macron told Europe1 that he thinks Greta's actions may not exactly be “the most effective way” of dealing with the problem, arguing that while the mobilisation of the youth is certainly “useful”, their actions should probably be directed against the countries which actually “try to block” efforts aimed at protecting the environment.

“When I see that we are going to shut down all of our coal operations, stop the exploitation of hydrocarbons, that we are moving, I am not sure that this is the most efficient way ", he added, estimating that" very radical positions (are) likely to antagonise our societies ".

Macron's words were also echoed by Brune Poirson, Secretary of State for the French Minister for the Ecological and Inclusive Transition, who argued that while Thunberg moves to mobilise people to tackle the climate change, she doesn't seem to offer any specific solutions to the problem.