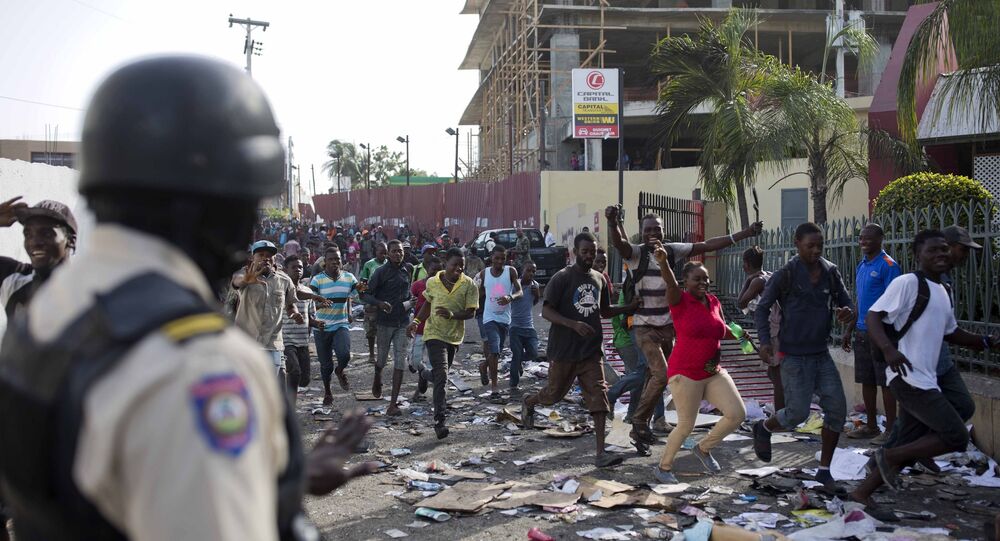 MOSCOW (Sputnik) – A Haitian senator who opened fire outside of the country’s parliament building, injuring a journalist and a security guard, has justified his actions as self-defence.

Sen. Jean Marie Ralph Fethiere drew a handgun on Monday in Port-au-Prince, when protesters broke into the parliament building as the government was trying to confirm the appointment of a new prime minister.

"I was attacked by groups of violent militants. They tried to get me out of my vehicle. And so I defended myself. Self-defence is a sacred right", Fethiere said, cited by The Guardian.

Sen. Patrice Dumont has reportedly argued that Fethiere had warned people he would shoot if they tried to prevent him from leaving.

Haitian President Jovenel Moise is trying to accelerate the appointment of Fritz-William Michel as the country’s new prime minister in order to have time to make it to the UN General Assembly taking place in New York this week.

Massive anti-government protests have been going on in Haiti amid fuel shortages and an increase in the cost of living.

Gunfire Breaks Out Near Rear Entrance of US Embassy in Haiti