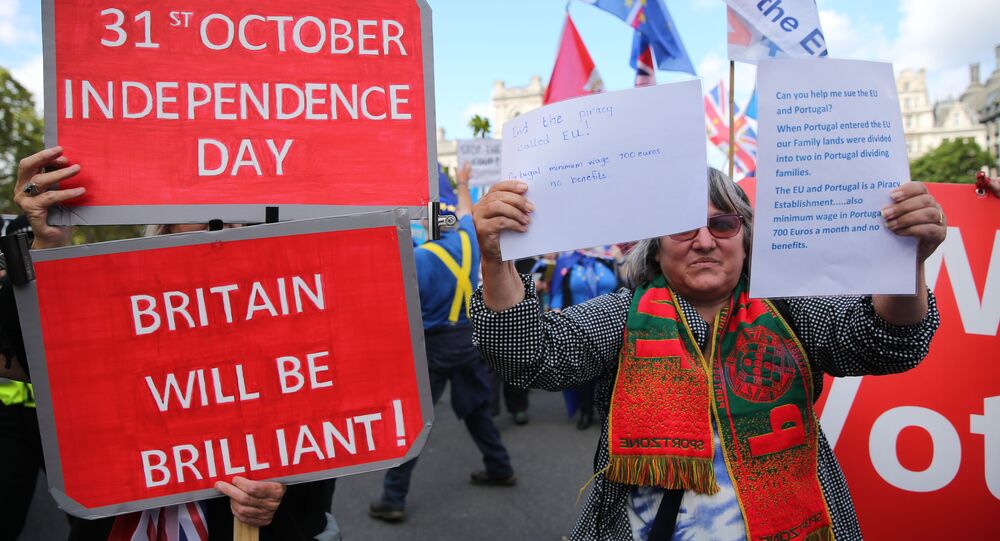 The UK's withdrawal from the EU has been beset by the twin dilemmas of not wishing to see the erection of a hard border between the UK and Northern Ireland while also opposing a backstop which would keep the north in economic alignment with the EU.

Irish Prime Minister Leo Varadkar and European President Donald Tusk said on Monday that they have not seen any proposals from the UK that could provide an alternative to the backstop. Tusk and the Irish Taoiseach met for a 45 minutes bilateral meeting this afternoon while both were in New York.

According to Ireland's The Journal, an Irish government spokesperson said that the UK has yet to offer an alternative which achieves the objectives required of the backstop.

The backstop is designed to prevent the erection of a hard border in Ireland while at the same time preventing the end of the common regulatory framework which both Northern Ireland and the Republic of Ireland agreed to under the Good Friday Agreement.

German Chancellor Angela Merkel has offered UK Prime Minister Boris Johnson 30 days come up with an acceptable alternative solution during last month's visit to Berlin in an attempt to get the backstop removed.

Boris Johnson is keen to the withdrawal agreement removed but has also declared that if that proves impossible he would be willing to pull the UK out of the EU without a deal, which critics have said could lead to a resurgence of violence in Ireland due to the end of the existing porous border between Northern Ireland and The Republic of Ireland. The UK government however has been clear that it has no plans to erect a hard border.

To take the UK out of the bloc without any withdrawal agreement in place could be legally dubious as parliament has voted to take a no deal Brexit off the table and legislated to ensure that Johnson seek an extension if he cannot achieve a deal.

The Brexit issue also served as the anvil on which Theresa May's Premiership was hammered by parliament after failing to get her withdrawal agreement through the House of Commons on three separate occasions, ultimately leading to her resignation in June.