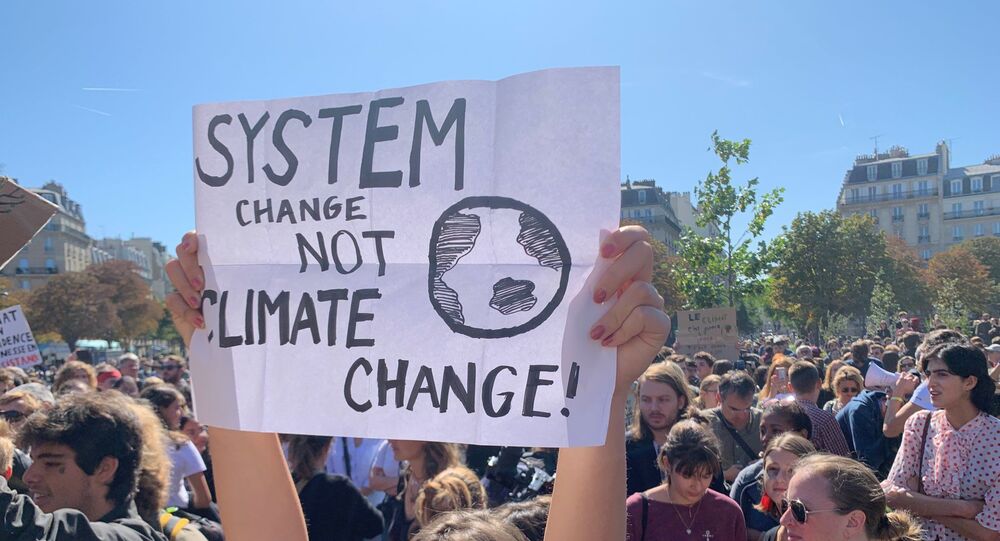 What We Need to Know About the Paris Climate Deal

MOSCOW (Sputnik) - Russian Prime Minister Dmitry Medvedev said Monday he had signed a cabinet decree on the adoption of the Paris climate agreement.

The Paris Agreement on climate change was adopted on 12 December 2015, following the 21st Conference of the Parties to the UN Framework Convention on Climate Change in the French capital.

The document was signed by 175 countries, including Russia.

The agreement for the first time in history combined the efforts of all world powers to combat climate change.

It replaced the existing Kyoto Protocol of 1997, which established greenhouse gas emission quotas for only a few developed countries, but the United States withdrew from this agreement and a number of other countries failed to fulfil it.

The document came into force on 4 November 2016.

© AP Photo / Branden Camp
The coal-fired Plant Scherer, one of the nation's top carbon dioxide emitters, stands in the distance in Juliette, Ga., Saturday, June, 3, 2017. U.S. President Donald Trump declared Thursday he was pulling the U.S. from the landmark Paris climate agreement, striking a major blow to worldwide efforts to combat global warming and distancing the country from its closest allies abroad.

The Paris Agreement stipulates that specific measures to combat climate change should be aimed at reducing greenhouse gas emissions, with their development and implementation being the sole responsibility of national governments.

The agreement consolidates and formalizes the turn to a new, low-carbon model of economic development based on the gradual abandonment of traditional technologies for the extraction, processing and use of fossil resources.

States should work towards cutting emissions by 2020.

It is planned that the obligations of participating countries will be updated every five years, starting from 2022.

The Paris Agreement, unlike the Kyoto Protocol, does not provide for a quota mechanism. There are no sanctions for countries that are unable to fulfil national contributions. The agreement merely approves the creation of an incentive mechanism that should encourage states and economic entities to successfully reduce their greenhouse gas emissions.

Currently, 197 countries are parties to the Paris Agreement, 185 of which have ratified it.

In August 2017, the United States notified the United Nations of its intention to withdraw from the Paris Agreement. The exit process will take three years.