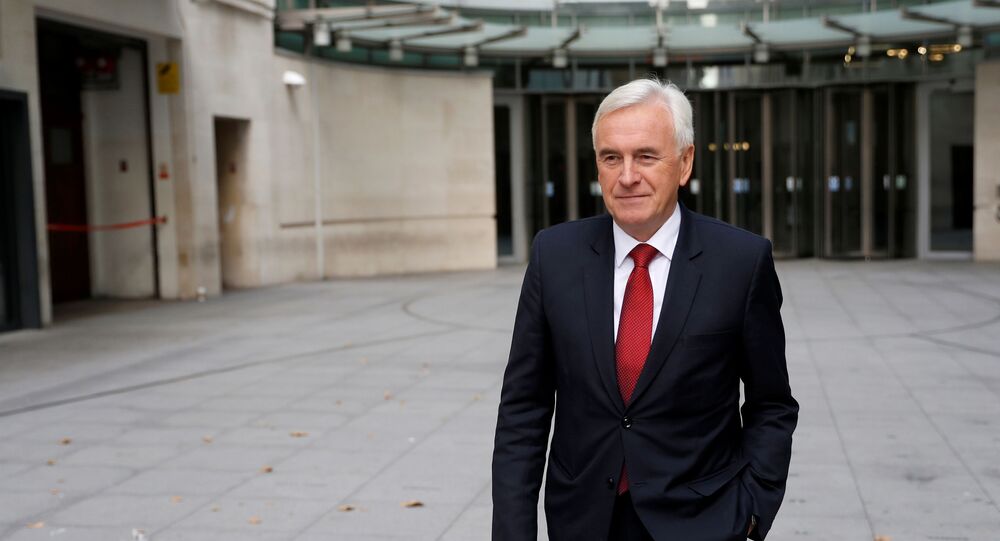 The Labour Party’s annual conference is under way in Brighton, on the south coast of England. Labour is torn by splits between Remainers and Leavers and also a row over the future of Deputy Leader Tom Watson.

Shadow Chancellor John McDonnell has promised “dignity in retirement” for Britain’s pensioners by introducing free personal care for millions of people over 65 in a policy offer which would cost the UK government £6 billion a year.

In a speech on the first day of the Labour Party conference on Monday, 23 September, Mr McDonnell said he would bring old people in England in line with pensioners in Scotland, who do not have to contribute towards their care.

Mr McDonnell also addressed the issue of Brexit, which is set to dominate the conference.

​He said: "The best antidote to those who attack our democratic rules and institutions is more democracy itself. That's why we aim to trust the people in having the final say on Brexit. A Deal or Remain. Some of you will know that I have said I will campaign for Remain. But let me make it clear that I profoundly respect those who support a genuine alternative."

In a clear dig at the Liberal Democrats, Mr McDonnell said: "I warn those who would revoke Article 50 without a democratic mandate. Ask yourselves what message that sends to our people."

With an ageing population, adult social care is a growing burden for local councils and individuals and the Conservative government, distracted by Brexit, has delayed the publication of a Green Paper on funding of the issue.

​At present people have to contribute towards their care if they have savings or assets - like a house - of £23,250 or more.

Mr McDonnell was cheered to the rafters as he said: “The truth is our social care system is a national scandal. Nearly £8 billion taken from council budgets for social care since 2010. The result is one million people not getting the care they need, 87 people dying a day waiting for care. More than five million unpaid carers - most of them women - looking after loved ones. And overworked, underpaid care workers only being allowed ten-minute visits to those they care for. Because the current system won’t pay for more.”

The Shadow Chancellor said: “I believe the right to dignity in retirement is a part of that right to health at any stage of life. The truth is our social care sector is a national scandal. The next Labour government will introduce personal care free at the point of use in England, funded not through the Conservatives' gimmicky insurance schemes but, like the NHS and our other essentials, through general taxation."

Earlier, in an email to Labour Party members, Mr McDonnell quoted a German revolutionary who was summarily executed 100 years after leading a Spartacist uprising in Berlin.

Mr McDonnell wrote: “A General Election is almost upon us, and the choice for voters couldn't be starker. I'm reminded of the words of Rosa Luxemburg. Our choice is ‘socialism or barbarism’.”

Luxemburg, and her compatriot Karl Liebknecht, were shot dead after a failed Marxist uprising in Germany in the months after the end of the Second World War.

Labour has made a raft of policy announcements in the last 24 hours - free prescriptions in England, an end to indefinite detention for suspected illegal immigrants and the integration of private schools into the state sector.