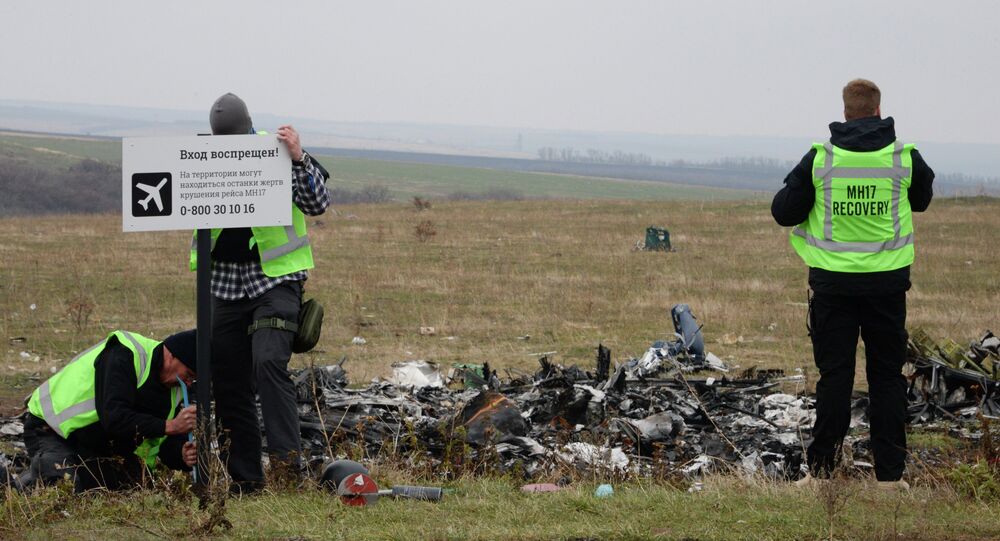 The private detective, who conducted his own separate investigation into the MH17 disaster, has repeatedly stated to have new ground-breaking evidence, but has refused to present it to the Joint Investigation Team unless it agrees to make it public.

German private detective Joseph Resch has announced that he is ready to disclose evidence relating to the crash of Flight MH17 that he has gathered - if the Joint Investigation Team (JIT), Netherlands, and Malaysia confirm their participation in the procedure in written form by 18 October. He also demanded that global media outlets and interested states be granted access to the information he reveals.

Resch indicated that if the mentioned entities don't agree to his terms, he will decide that the international community is not interested in his findings or in investigating all aspects of the plane's crash. He added that in this case, he would also refuse to testify in court, including as a witness.

The detective first announced having exclusive ground-breaking evidence that allegedly didn't make it into the JIT’s official investigation in 2016. Resch claimed that he obtained the information while conducting an investigation at the behest of an unnamed client. However, he refused to hand it over to the JIT unless the team agrees to make its findings public. The JIT called Resch's demands unusual and ultimately ignored his offer.

Malaysia Airlines Flight MH17, carrying 298 people on board, was shot down on 17 July 2014 over eastern Ukraine, which is the site of a military conflict between Ukrainian government forces and the Donetsk People's Republic (DPR). Western governments were quick to accuse the DPR’s troops of shooting down the plane and Russia of supporting them with weapons to do so, although by that time the investigation into the incident hadn't even begun.

The investigation of the crash was handed over to the Netherlands, whose citizens made up the majority of the passengers. As a result, the Dutch government formed the Joint Investigation Team (JIT), comprised of representatives from Belgium, Ukraine, Australia, and Malaysia, but excluding Russia despite its willingness to provide relevant data.

The Russian Defence Ministry was eager to provide declassified documents indicating that the missile that downed the plane had been stored on the territory of Ukraine following its production in 1986, while the manufacturer, Almaz-Antey, modelled the destruction of the jet and conducted an analysis of the missile’s trajectory. The latter showed that it was fired from outside DPR-controlled territory.

Despite this, the JIT released a report in 2018 claiming that the missile that shot down MH17 was launched by DPR forces and that the Buk launcher had been delivered there from Russia. Moscow stated that it couldn’t accept the results of the investigation, slamming it as politically motivated and biased, pointing out that the investigative team had based its accusations on unverified social media photos and videos, as well as assertions by the Ukrainian government

Russian President Vladimir Putin condemned the JIT's report for failing to address "a lot of questions" that remained unanswered and simply "appointing perpetrators" instead of uncovering out what actually happened on the day of the crash.