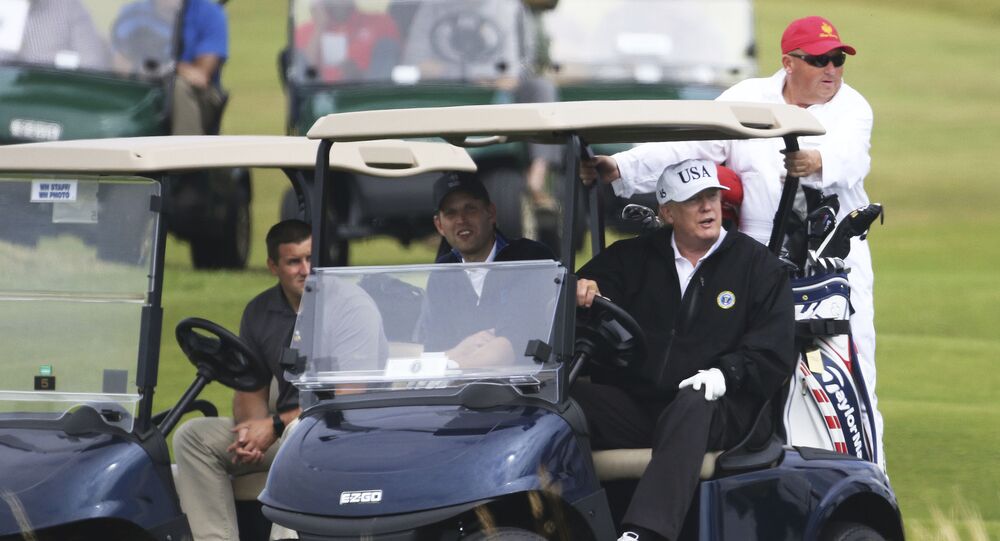 MOSCOW (Sputnik) - The Pentagon has spent at least $184,000 in public funds since 2017 at President Donald Trump’s golf resort in Scotland, according to the US House Committee on Oversight and Government Reform, citing the Department of Defence documents.

"Unfortunately, the Department’s response has been woefully inadequate. To date, the Department has produced only 21 pages of material—half of which appear to be publicly available on government websites. The Department failed to produce any underlying invoices or travel records relating to spending at Trump Turnberry or Prestwick Airport. It is unclear why the Department has taken so long to produce such rudimentary and deficient information," the letter said.

Yet, the Pentagon’s response "still reveals that far more taxpayer funds have been spent at the President’s resort than previously known," according to the committee. In particular, it shows that public money has been used to "pay for more than three dozen separate stays involving hundreds of nights of rooms" by the military instead of a "single instance" of such a stay, as was previously reported.

The documents reported $124,578 in expenditures "specifically associated with the Trump Turnberry."

An additional $59,729 was paid in "unspecified charges to government travel cards," thus bringing the total sum to more than $184,000, according to the committee.

The committee stressed that the assessment of the full extent of expenditures was impossible "without the requested invoices and other documents." It also noted that "basic questions, such as how many military personnel were involved and who authorised their stays" were yet be answered. 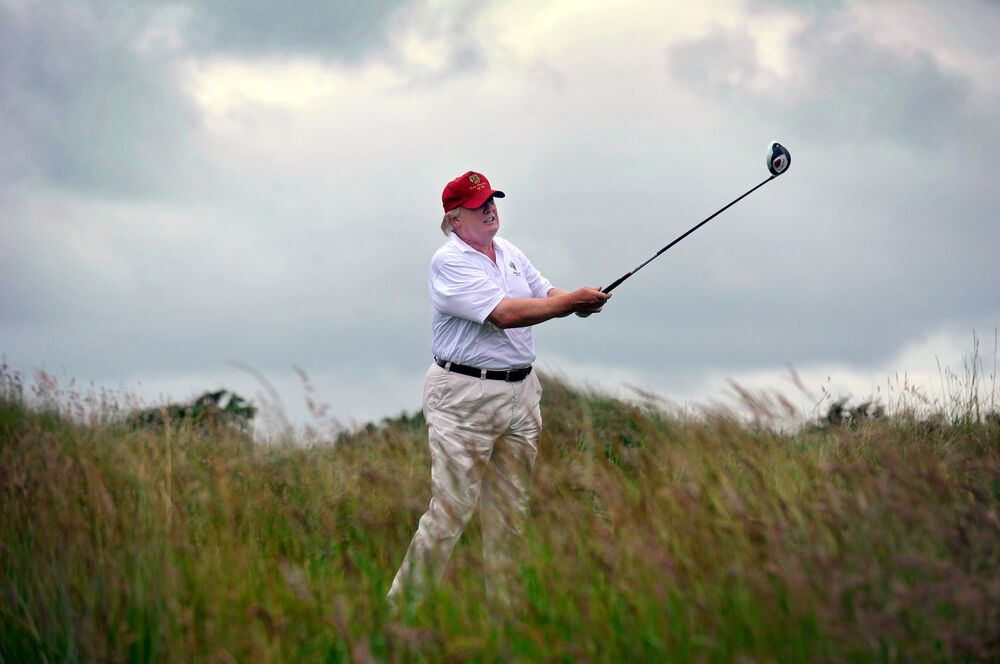 Since June, the committee has been demanding that the Pentagon provide, in full, documents on US taxpayer funds spent by the military at Trump’s Turnberry golf resort. According to the committee, the Pentagon withholds a part of information "in apparent violation of the Domestic Emoluments Clause of the Constitution." On Wednesday, the committee sent its third letter to demand the documents.

Trump has earlier strongly rejected any corruption allegations against him.