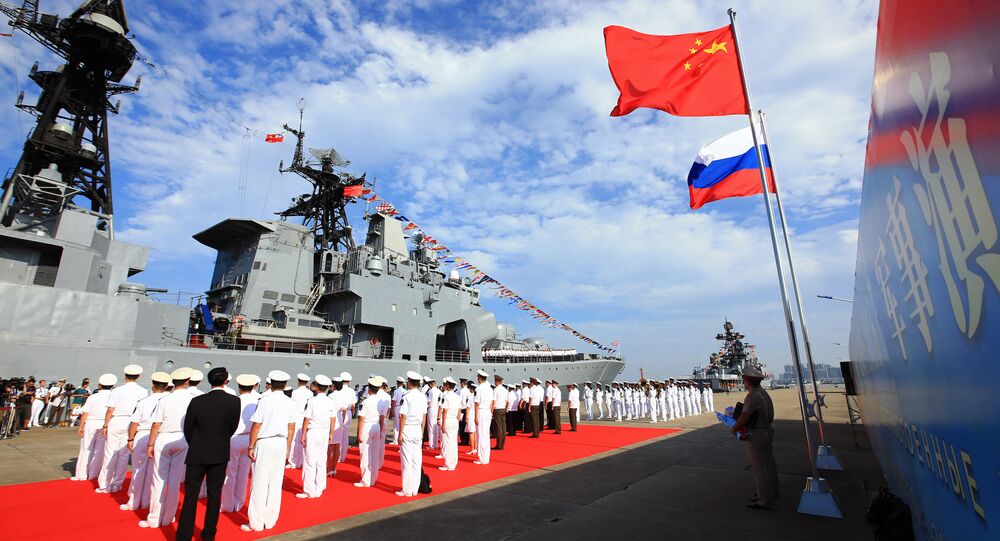 "Russia and China have huge prospects for cooperation. The Chinese side is willing to continue interlinking the Belt and Road Initiative with the EAEU [Eurasian Economic Union] and promote further expansion of the scale and quality of bilateral trade", Li said, as quoted by the Chinese Foreign Ministry.

He added that the healthy and stable development of Russian-Chinese relations was beneficial not only for the two countries but also for the entire international community.

Li arrived in Russia on Monday for a visit. He took part in the 24th regular meeting of the two countries' heads of government in the city of St. Petersburg. On Wednesday, the Chinese premier met with Putin in Moscow.

© REUTERS / Roman Pilipey/Pool
Chinese President Xi Jinping shake hands with Russian President Vladimir Putin as they attend the welcome ceremony at Yanqi Lake during the Belt and Road Forum, in Beijing, China, May 15, 2017.

He also expressed hope that Beijing and Moscow would continue being open in their relations and expand mutual access to each other's markets.

On 2 October, the two nations will celebrate the 70th anniversary of the establishment of diplomatic relations. In 1949, the Soviet Union became the first country to recognise Communist China.

In recent years, Russia and China have boosted both political and economic cooperation. Most notably, in 2018, bilateral trade exceeded $100 billion for the first time ever. By 2024, the two countries aim to go over the $200 billion threshold.