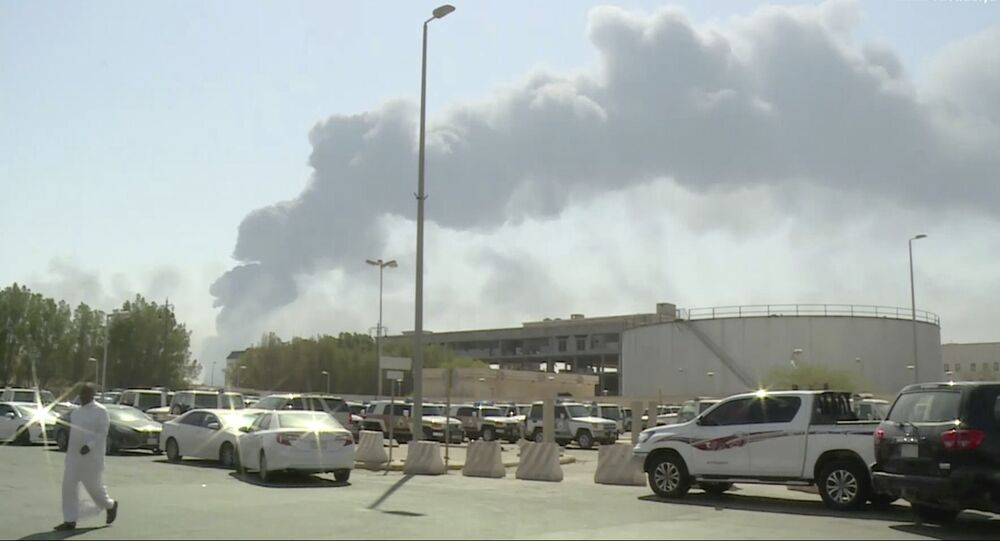 According to the outlet, the sides stressed the importance of a unified global response to the recent attack.

"The attack on Saudi oil facilities represents a threat to security not only in South Korea but also in the whole world, and the international community needs to deal resolutely with the issue," Moon told the prince.

The president noted that the kingdom was South Korea's main oil supplier, accounting for 30 percent of its total oil imports.

Over the weekend, Saudi Aramco had to close two of its facilities after they were hit by drones and then caught fire. The incident led to a cut in oil production totalling 5.7 million barrels per day — about half of Saudi Arabia’s daily oil output. The closure of oil facilities has triggered a surge of oil prices worldwide.

While Yemen's Houthis have claimed responsibility for the attack, the United States has put the blame on Iran. Tehran has refuted the accusations. The Saudi Defense Ministry has pledged to present the evidence of Iran's alleged involvement in the attack on Wednesday.