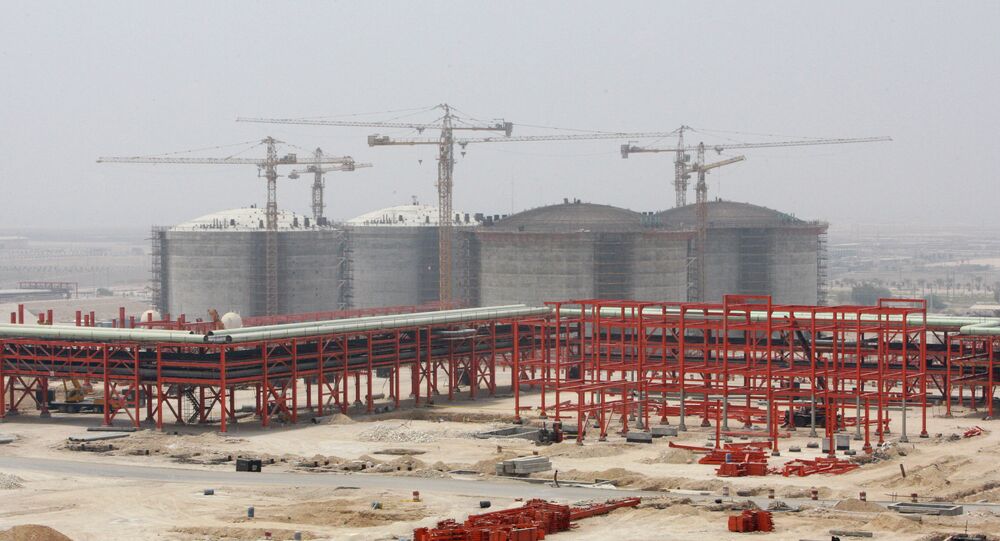 For months, Washington has been stepping up its sanctions on Iran as part of its "maximum pressure" campaign, which seeks to force the Islamic Republic to renegotiate the landmark 2015 international nuclear deal that the US unilaterally withdrew from in 2018.

“This contract and other upcoming contracts show that we are working under the sanctions. The sanctions have not stopped us and we are active,” said Oil Minister Bijan Zanganeh at the signing ceremony.

According to the minister, the deal reached between two government-owned firms, Pars Oil and Gas Company and PetroPars, to develop the Balal field would be the first of many.

“Signing this contract is… the beginning of a process,” Zanganeh said, quoted by the oil ministry’s Shana website.

“The sanctions have not been able to stop the progress of Iranian oil industry and its development. We don’t want to boast, but the United States cannot stop Iranian oil exports,” said the Iranian minister.

The ambitious inked deal aims to reach a production rate of 500 million cubic feet of gas per day over a 34-month period.

Trump on possibility of "good deal" with Tehran

US President Donald Trump yet again dangled the possibility of easing sanctions on Iran under certain conditions.

"We will see what happens," Trump told reporters at the White House on 11 September.

He added Iran wants a deal because "they have tremendous financial difficulty and the sanctions are getting tougher and tougher."

According to Trump, Washington is not looking for regime change in Iran and said the country has "tremendous potential."

The statement comes after US State Secretary Mike Pompeo said on 10 September that Trump and Iranian President Hassan Rouhani might hold talks on the sidelines of the UN General Assembly later in the month.

The US President’s words also come two days after he fired National Security Advisor John Bolton, who had opposed any talks between the US and Iran.

Soaring tensions in the Gulf

Tensions have spiralled in the Gulf since last year when the US unilaterally withdrew from a 2015 deal that put curbs on Tehran’s nuclear program, also known as the Joint Comprehensive Plan of Action.

The JCPOA was signed by Iran, China, France, Germany, Russia, the United Kingdom, the United States, and the European Union, and required Iran to scale back its nuclear programme and severely downgrade its uranium reserves in exchange for sanctions relief.

US President Donald Trump had long been critical of the agreement, claiming it had stopped short of curbing Iran's ballistic missile programme.

Once out of the deal, Washington proceeded to slap sanctions on almost all major sectors of the Iranian economy in a bid to drive the country’s oil exports to zero and demanding that other countries stop buying it from Tehran.

The White House also announced a decision not to reissue waivers on Iranian oil after their expiry.

The situation in the region worsened over recent months following a spate of attacks on commercial tankers in the Gulf of Oman and Strait of Hormuz, for which the United States and its allies have blamed Iran.

Tehran has denied all accusations of involvement in the attacks.