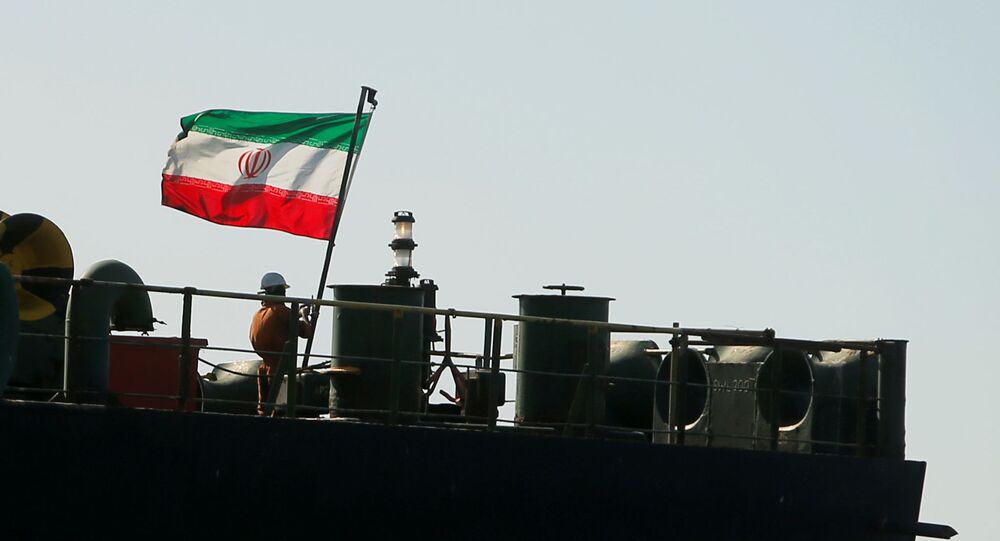 Last week, the UK’s Foreign and Commonwealth Office summoned Iran’s ambassador in London, blasting Tehran for “behaviour” it said was “designed to disrupt regional security” amid reports that the Iranian-flagged oil tanker at the centre of the months-long diplomatic dispute between Iran and the UK had offloaded its cargo in Syria.

It’s “difficult to see” whether the Adrian Darya 1 tanker actually breached any commitments made to Gibraltar authorities by offloading its two million barrels’ worth of oil in Syria, Gibraltar Chief Minister Fabian Picardo said.

“You can see from the images that the oil has ended up in Syria, but that’s not to say that there’s a breach of the undertaking [by Iran],” Picardo said, speaking to UK media on Friday.

“We did not have an understanding that the oil would not end up in Syria. We had an understanding from the Iranian government that they would not sell the oil to any EU-sanctioned entity…not just Syria, even entities, some of them in Iran and subject to EU sanctions,” the official explained. Accordingly, he noted, it was “difficult to see whose word you’d take for it”.

Mr. Picardo’s remarks appear to challenge British Foreign Secretary Dominic Raab’s allegations last week that Iran had “shown complete disregard for its own assurances” about the tanker’s destination. Raab accused the alleged Syrian oil sales of pointing to supposed Iranian efforts to “disrupt regional security”, and promised to raise the oil sales issue at the United Nations later this month.

Iranian Ambassador to the UK Hamid Baeidinejad hit back on Wednesday, telling UK authorities that the Adrian Darya 1 had sold its cargo without violating any assurances given by Tehran, noting that the tanker had “sold its oil at sea to a private company and it has clearly not breached any commitment”.

Last Sunday, a day after former US National Security Advisor John Bolton posted what appeared to be a satellite image of the ship two nautical miles off the coast of Syria and accused Iran of “lying” about its commitments, Iranian foreign ministry spokesman Abbas Mousavi confirmed that the ship had “gone to its destination,” with its oil “sold”, but did not specify its destination or the details of the sale.

The Adrian Darya 1, formerly known as the Grace 1, had been at the heart of Iranian-British tensions since the July 4 seizure of the ship off the Gibraltar coast by local authorities and British marines after a tipoff from Washington that the tanker planned to sell its oil to Damascus, in breach of EU-wide sanctions against that war-torn country. About two weeks after that, Iran’s coast guard seized the Stena Impero, a British-flagged tanker, off the coast of Iran, accusing it of violating maritime rules and colliding into a local fishing boat. The seizure prompted London first to announce the creation of European-led security coalition in the Gulf, before scrapping the idea and joining a similar US-led mission instead.

Gibraltar authorities released the Adrian Darya 1 in mid-August, in defiance of a US request to continue the detention. The US responded to the tanker’s release by threatening to blacklist any country, company or individual providing refuelling services to Iranian commercial ships. Over the past week, British and US authorities have repeatedly accused Iran of going back on its word by allowing the ship to unload its cargo in Syria. However, Tehran maintains that it made no promises that the tanker would not head to Syria or any other country, and has promised to continue to sell its oil to “any and all buyers” in accordance with its right to do so under international law.