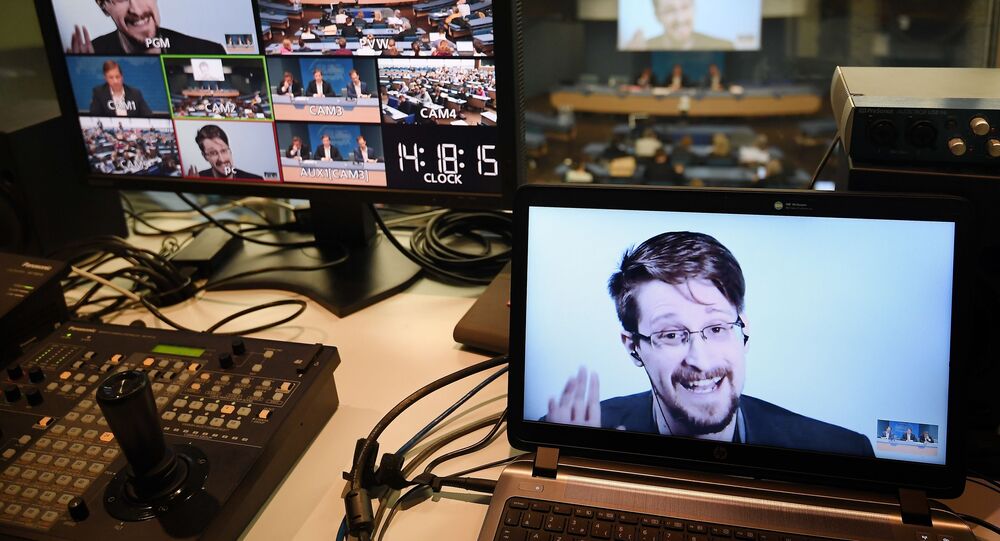 Snowden, a National Security Agency contractor-turned-whistleblower, has authored a memoir entitled ‘Permanent Record’ – his reflections on the work he once did for US eavesdroppers and the threat that mass surveillance technology poses to mankind.

Edward Snowden believes that despite his disclosures about the US and British governments’ global secret spying programmes, people around the world continue to face the threat of global surveillance.

The US National Security Agency, which Snowden worked with, was emboldened to collect phone records and eavesdrop on internet traffic in bulk under the 2001 USA PATRIOT Act, passed in the immediate aftermath of the 11 September terror attacks.

Speaking to The Guardian, he described the 18 years since then as “a litany of American destruction by way of American self-destruction, with the promulgation of secret policies, secret laws, secret courts and secret wars.”

He added: “The greatest danger still lies ahead, with the refinement of artificial intelligence capabilities, such as facial and pattern recognition.”

Snowden, 36, warns that an AI-embedded surveillance camera could be made “into something closer to an automated police officer,” which would enable governments to effectively create a permanent record of every individual.

Incidentally, Snowden’s new memoir, chronicling his service to the US government, is titled ‘Permanent Record’ to reflect these concerns.

Snowden insists that pro-transparency legislative reforms and increased use of end-to-end encryption should be put into place to protect the citizens’ right to privacy.

“You have to be ready to stand for something if you want it to change,” he said. “That is what I hope this book will help people come to decide for themselves.”

Snowden is currently living in exile in Moscow and mainly making a living from speaking via live-streams at public events. He fled to Russia in 2013, fearing prosecution under the Espionage Act which could see him sent to jail for decades, and has since then been granted permanent residence.

Snowden recalled that his plans to leak a cache of top-secret documents nearly came crashing down at one point: he had secretly hoarded the information on an abandoned computer and was taking it away when he was stopped by a supervisor.

He recalled: “So I got stopped in the hallway as I’m taking this old machine back and a supervisor says: ‘What are you doing with this machine?’ And I look at him frankly and I say: ‘Stealing secrets.’” They both laughed, he recounted, at what in retrospect came to be known as one of the biggest leaks in US history.