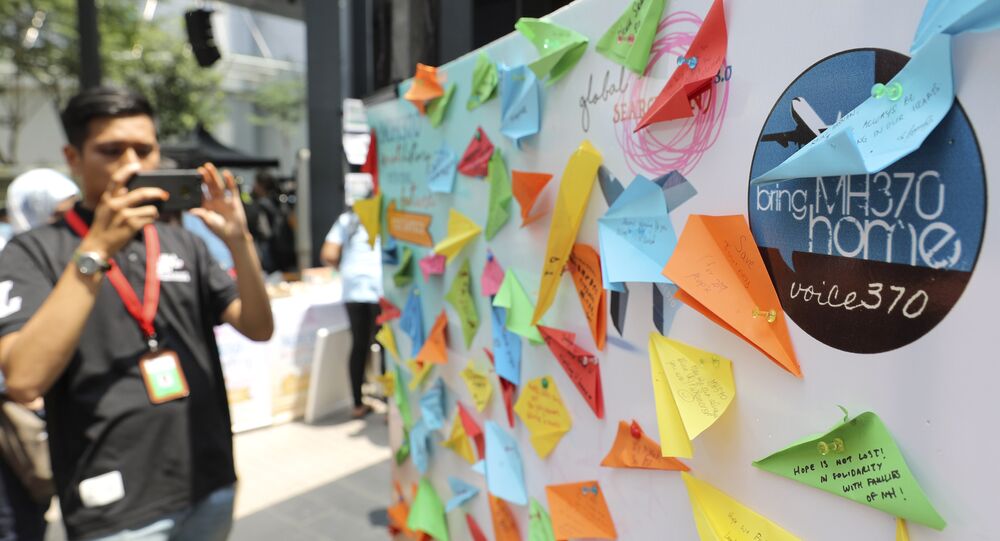 Five and a half years ago, flight MH370 went missing with 227 passengers and 12 crew on board, with the plane's disappearance spawning a large number of theories to explain it, and evolving into one of the greatest aviation mysteries of all time.

Malaysia Airlines flight MH370's exact location may have been found, with enough evidence to warrant a fresh search mission, an investigator has claimed, according to the Daily Star.

Aviation expert Victor Iannello, who helped Australian officials in the search for the Malaysia Airlines flight, told Reddit users he believes he has succeeded in pinpointing the location of the MH370 crash site for a new search mission.

According to Iannello, there is now enough evidence for another such mission to be launched.

According to the publication, a fellow MH370 enthusiast asked Victor on Reddit:

"In other words, is there actually something compelling over recent months that could, in theory, be presented as a search proposal via Ocean Infinity to the Malaysia authorities?”

"In short, yes. The due south path crossing the 7th arc near 34.3S latitude appears to uniquely satisfy all the criteria."

The expert went on:

"Months ago, OI has asked us to summarise the work in anticipation of a new search proposal, which we did. OI is also working with university researchers on a parallel effort to define a new search area."

"I have no idea whether OI has presented a search proposal to Malaysia, whether Malaysia is agreeable to entering into a contract for a new search, and whether OI would consider searching without a contract with Malaysia."

The area now highlighted by Victor is in the Indian Ocean more than 620 miles west of the Australian city of Perth.
Victor's organisation, Radiant Physics, set out the coordinates, 34.3°S 94°E, as a possible location for MH370 using precise scientific criteria.

The aviation expert wrote on the Radiant Physics website:

"The objective of this research is to define a new search area that is of manageable size and has a reasonable chance of success."
These coordinates are consistent with the plane heading towards the South Pole after going off course and heading southwards.

The doomed Boeing 777 set off from the Malaysian capital Kuala Lumpur, bound for Beijing, China, yet ceased all communication with air-traffic control less than 40 minutes after takeoff.

After being tracked by military radar for another hour, the plane disappeared around 200 miles north-west of Penang Island, Malaysia.

The mystery of doomed flight MH370

The disappearance of flight MH370 has become one of the greatest aviation mysteries of all time, with no end to theories being put forward to explain it.

According to one, "suicidal" pilot Zaharie Shah deliberately crashed the plane into the sea. The pilot’s family, however, has strongly denied his guilt.

There have been suggestions the plane was hijacked by terrorists or criminals, but no group has ever claimed responsibility for the plane.
According to one theory, MH370 came down in the Cambodian jungle, with a sleuth claiming to have seen parts of the missing passenger plane in the jungle using satellite imagery.

Strewn debris reportedly from the Boeing 777 has been found as far afield as Madagascar and Reunion. But one thing that has been lacking is conclusive evidence of where the plane came down.

The plane was never found despite a search that cost millions and lasted years.