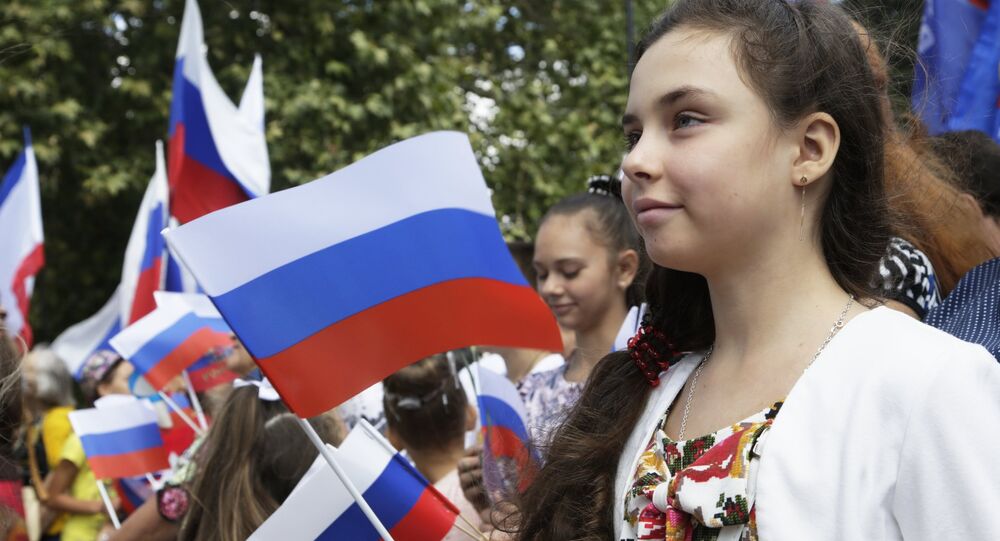 MOSCOW (Sputnik) - The European Union has prolonged sanctions against Russian individuals and entities over Ukraine crisis for another six months, until 15 March 2020, the Council of the European Union announced on Thursday.

"The Council has extended the restrictive measures over actions undermining or threatening the territorial integrity, sovereignty and independence of Ukraine for a further six months, until 15 March 2020", the statement said.

These sanctions, which imply asset freeze and travel restrictions, now apply to 170 persons and 44 entities, it added.

At the moment, the blacklist includes ex-head of the Russian Upper House Sergei Mironov, Prime Minister of the Republic of Crimea Sergei Aksyonov, and many other politicians and officials.

Mass rallies in Ukraine in 2014 resulted in a violent coup d'état in Kiev that forced President Yanukovych to flee the country. After that, the Crimean Peninsula left Ukraine and rejoined Russia, while Donetsk and Lugansk declared their independence and refused to obey the government in Kiev.

After that, the EU and the US introduced their sanctions, accusing Moscow of meddling in the internal crisis in Ukraine.

Russia, for its part, stressed that Crimea reunited with the country via a peaceful democratic referendum and in accordance with the international legal framework. Moscow also denied any involvement in the civil war that started in Ukraine, yet the EU has prolonged anti-Russian sanctions several times since then.