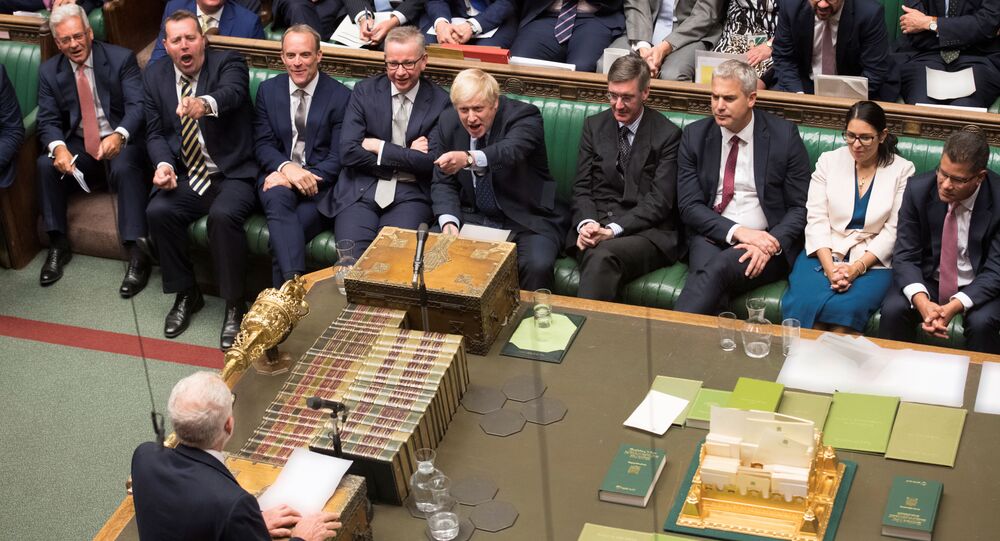 Boris Johnson shut down the UK Parliament for five weeks on Monday despite furious objections by the opposition. Now he is facing a legal challenge.

All three judges in Scotland’s highest court of appeal have ruled that the prorogation of Parliament was unlawful, according to an MP who brought the case to court.

The British government said it was disappointed by the ruling and would appeal to the UK Supreme Court.

Labour's Shadow Brexit Secretary Keir Starmer said he welcomed the judgement and tweeted: "No one in their right mind believed Boris Johnson's reason for shutting down Parliament. I urge the Prime Minister to immediately recall Parliament so we can debate this judgement and decide what happens next."

Here is the summary reasoning of the Scottish Courts. All three judges found that prorogation was unlawful as it was an attempt to prevent parliamentary scrutiny https://t.co/tnaG1rXQ3n pic.twitter.com/upkLaWLDpo

​The case originally was brought to the Court of Session in Edinburgh by a cross-party group of 75 parliamentarians, who argued the PM exceeded his powers.

The government said the issue should be a political, rather than a legal, one.

Lord Doherty heard submissions from both sides last week and ruled it was not a matter for the courts.

But that ruling was immediately appealed and the judgement was delivered on Wednesday, 11 September.

The British people overwhelmingly want Brexit over and done with. That's why we need a clean break from the EU. pic.twitter.com/SnXVSM2EvU

​The prime minister announced on 28 August he wanted to shut down Parliament, a process known as proroguing, ahead of a Queen's Speech on 14 October.

The suspension officially came into effect at 2am on Tuesday, 10 September, but there was chaos at the last minute with some Remainer MPs trying to manhandle the Speaker, John Bercow, into staying.

Earlier the government had failed to force through a vote on holding an early election.

Mr Johnson, stymied by the opposition and by more than 20 rebellious Tory MPs, is keen to hold an election which he hopes will break the political deadlock.

The Lord Chief Justice's reasons for rejecting the High Court in London challenge to prorogation of Parliament: “The decision of the Prime Minister was not justiciable – it’s not a matter for the courts.”

​But Labour and the Liberal Democrats voted against an early election because they feared it would allow Mr Johnson to push through a no-deal Brexit on 31 October.

Nigel Farage, leader of the Brexit Party, said if Britain did not leave the EU on 31 October the Conservatives would “take a real kicking” in the general election.

This is utterly humiliating. Reasoned and statesmanlike from the Irish Taoiseach Leo Varadkar. Johnson, on the other hand, shrinking literally and figuratively in the face of a few home truths. https://t.co/AWlv0xPinb

He said a snap election may not undo the current stalemate.