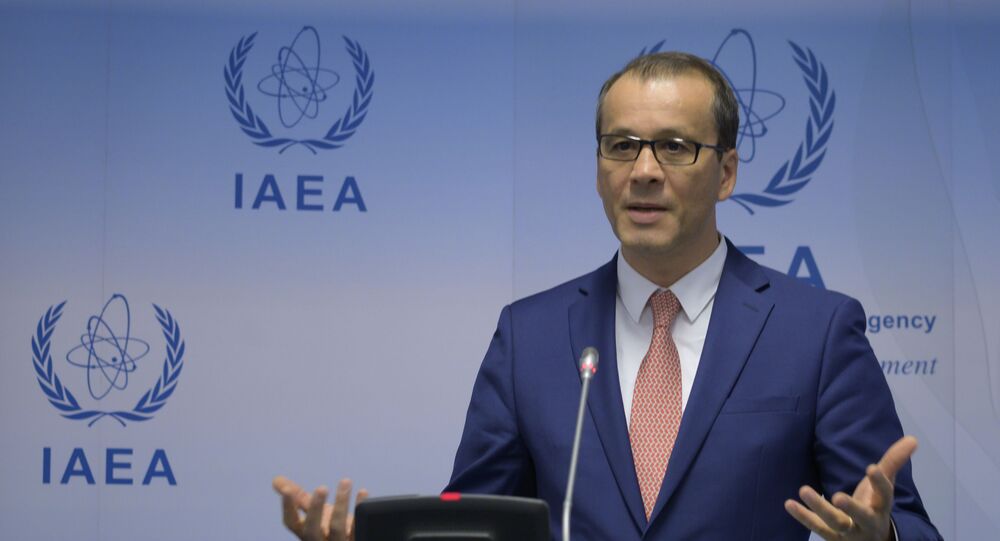 UNITED NATIONS (Sputnik) – International Atomic Energy Agency (IAEA) Acting Director-General Cornel Feruta on Monday said he had productive discussions with senior Iranian officials and was pleased by the tone and input received in the negotiations.

"We did have very substantial discussions with Iranian senior officials," Feruta said in a press briefing. "I was pleased with the tone and the input that we received in those conversations."

On Sunday, Feruta held meetings with Iran’s Vice President and President of the Atomic Energy Organization of Iran Ali Akbar Salehi and Foreign Minister Mohammad Javad Zarif to address the IAEA’s monitoring of Iran’s commitments under the Joint Comprehensive Plan of Action (JCPOA).

Feruta added that his visit to the Islamic Republic was "very timely" and demonstrated that the nature of relations between Iran and IAEA allows both sides to address a full range of issues.

On Friday, Iran started the third stage of rolling back nuclear obligations under the JCPOA. The Islamic Republic began gradually reducing its nuclear obligations on the first anniversary of the US unilateral pullout from the 2015 Iran nuclear deal on 8 May.

Tehran then announced that it would start abandoning some parts of its nuclear obligations every 60 days unless European signatories to the deal, including France, ensured Iran's interests under the agreement amid Washington’s reinstated sanctions.