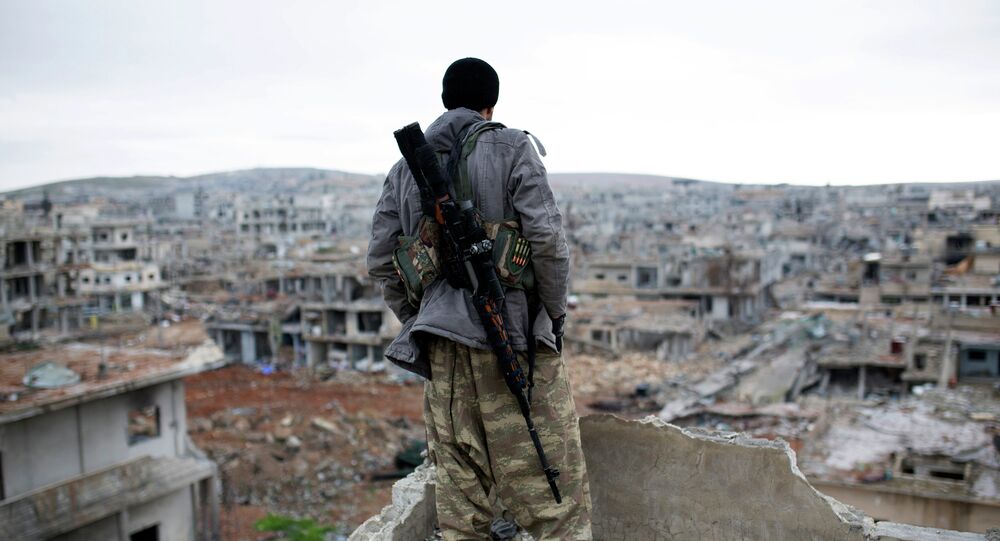 Around 250 to 300 foreign fighters who are held in detention in Syria are estimated to have come from the UK, with Britain seemingly unwilling to allow them to return and stand trial.

US Defence Secretary Mark Esper has urged Britain and other European nations to repatriate Daesh* fighters and put them on trial in their country of origin, to mitigate the risk they otherwise pose to regional security.

Speaking on the first day of a two-day visit to London, Esper said there were around 2,000 foreign fighters, many from Europe, held in north-east Syria. According to the minister, their continued presence in makeshift jails overseen by the Kurdish-led Syrian Democratic Forces posed a potential risk to the fragile security of the region.

“It’s an untenable situation. How long can this last? Our view has been they should repatriated and dealt with appropriately … otherwise that’s a risk to the region,” emphasised Esper, as cited by the Independent.

Esper, who said he was conveying a message from the US administration, elaborated on a possible scenario in which Kurdish groups may be forced to let the captives go if they were not repatriated home.

“I don’t know, we don’t know, right? That wouldn’t be a good situation, but we are asking a lot of the folks holding them, the Kurds, to house them. Again, how tenable is that and for how long?” the US Defence Secretary responded.

Esper underscored the risk of the jihadists being freed from the prison camps of Kurdish militias where they are being held.

“How long can they be guarded in these camps by others? You’re talking about several thousand fighters in total, there are over 2,000 foreign fighters, many of whom came from Europe, that is the situation,” the US Defence Minister said.

While a number of European countries have agreed to take back captured fighters following the defeat of Daesh* forces in Syria and Iraq, the UK has been among the most reluctant to do so.

An estimated 250 to 300 foreign fighters who are still in Syria and believed to have come from the UK.

Several have been stripped of their British citizenship, such as Shamima Begum and Jack Letts.

Originally from Oxfordshire, Letts, known in the tabloid press as “Jihadi Jack”, left the UK to join Daesh* forces five years ago, but has been held a prisoner in Syria for the past two years.

Two notorious Daesh* fighters still held in northeast Syria, Londoners El Shafee Elsheikh and Alexanda Kotey, are the subject of an ongoing legal battle as to where they will be put on trial. The two are accused of killing western hostages in Syria.

In 2018 Ben Wallace, in the capacity of security minister, said it was not possible to try them under UK law, and that they must instead be sent to the US.

However, Washington has refused to offer London guarantees that they would not face the death penalty there.

The repatriation and subsequent trial of foreign fighters who joined the ranks of Daesh* forces is a sore issue between the United States, the UK and other European countries.

On 21 August US President Donald Trump went as far as to threaten to release Daesh* fighters “into the countries from which they came”.

“We’re holding thousands of ISIS fighters right now. And Europe has to take them. And if Europe doesn’t take them, I’ll have no choice but to release them into the countries from which they came. Which is Germany and France and other places,” the president told reporters.

The US has been citing concerns that conditions in which foreign fighters are held could radicalise them further.

A total of 850 Britons are estimated to have travelled to join the self-styled caliphate in Syria and Iraq.

While a third is estimated to have been killed, another third are believed to have made it back home in the earlier stages of the conflict, currently residing under a certain degree of monitoring.