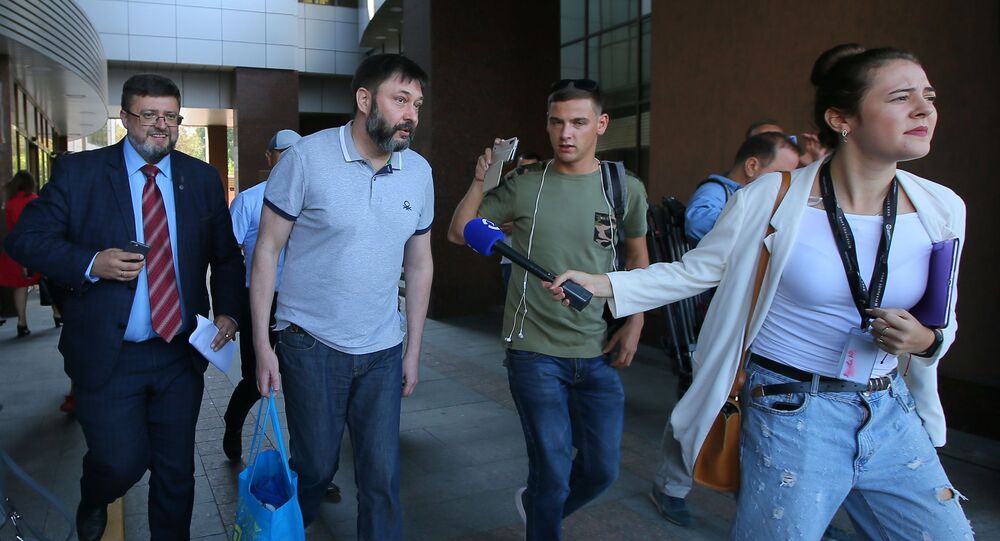 Earlier in the day, Director General of Rossiya Segodnya International Information Agency Dmitry Kiselev said that Vyshinsky, who was released by a Ukrainian court last month, would fly out from Kiev to Moscow within the next few minutes.

“I wished him a good flight and a soft landing in Moscow. We look forward to it,” Kiselev said.

Vyshinsky was released on 28 August on the orders of a Kiev appeals court judge. His detention was downgraded to release on personal recognizance with Vyshinsky being obliged to appear in court or give testimony to investigators if necessary.

Vyshinsky was taken into custody in Kiev on 15 May 2018; two days later, the Kherson city court filed charges. The journalist was informed that he was suspected of supporting the self-proclaimed Donbass republics and treason. The maximum punishment under this article provides for up to 15 years in prison. The court refused to release Vyshinsky from his incarceration eight times while he awaited a hearing.

Russian President Vladimir Putin called the situation unprecedented, saying that Vyshinsky was arrested "for his direct professional activities, for the exercise of his journalistic function".