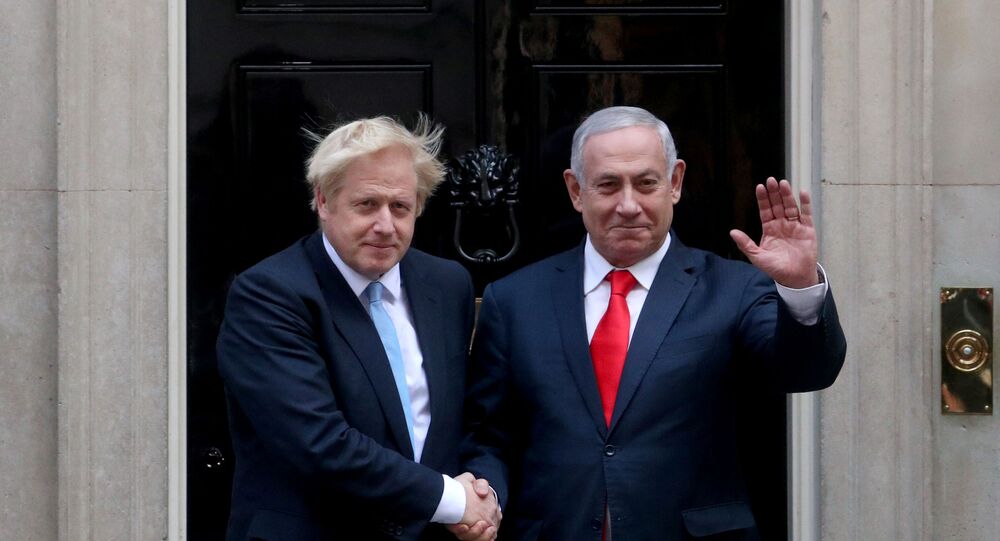 Earlier in the day, Israeli Prime Minister Benjamin Netanyahu arrived in London for talks with his British counterpart Boris Johnson.

Johnson and Netanyahu have agreed on the need to prevent Iran from getting a nuclear weapon and to stop the "wider destabilising Iranian behaviour".

"The Prime Minister stressed the need for dialogue and a diplomatic solution", a Downing Street spokeswoman said.

Netanyahu thanked his UK counterpart, Boris Johnson, for the harmonious relations between the two states.

"Our relations are at an all-time high: economically, trade, technology, defence cooperation. These are all great things. It's not that we lack challenges. We have the challenge of Iran's aggression and terrorism, and I'd like to talk to you about how we can work together to counter these things for the benefit of peace. And I want to thank you for this opportunity to do so", Netanyahu said, as quoted by his press service.

He also praised Johnson's personal attitude toward the Jewish state.

"Boris, it's always a pleasure to see you, but especially now in your role as prime minister. I want to say that you've been a great friend of the Jewish people and Israel", he said.

The meeting between the two politicians comes after Iranian President Hassan Rouhani stated a day earlier that Tehran will begin the third stage of reducing its obligations under the 2015 nuclear agreement on 6 September, given that the desired results it set forth to continue complying have not been achieved.

However, he emphasised that Iran will do anything it needs from the viewpoint of progress in nuclear technology, under the supervision of the International Atomic Energy Agency (IAEA), as part of a peaceful project.

"Netanyahu is on a visit to thwart a French initiative to give Iran a 15 billion credit line that would free it from sanctions", Cnaan Liphshiz, a Europe correspondent for the Jewish Telegraphic Agency, has commented on Netanyahu's visit to London.

One of the main reasons for Netanyahu's visit to London is that he reportedly wants to "to neutralise the Iranian threat", amid the long-time row between the countries.

In the meantime, both the British and Israeli prime ministers have found themselves in hot water, with Netanyahu being surrounded by corruption insinuations and Johnson trying to solve the Brexit deal and withdraw the UK from the EU "no matter what".

"The bottom line is that this is a visit that could have yielded tangible positive results for both parties – Israel being able to put the kibosh on the French credit line and the UK being able to reinsert itself in Middle Eastern politics and curry favour with a strong ally there. But because of the current circumstances, this seems highly likely be an exercise in futility, because Johnson’s attention span and Netanyahu’s ability to deliver on favours paid to him are now both limited", he said.