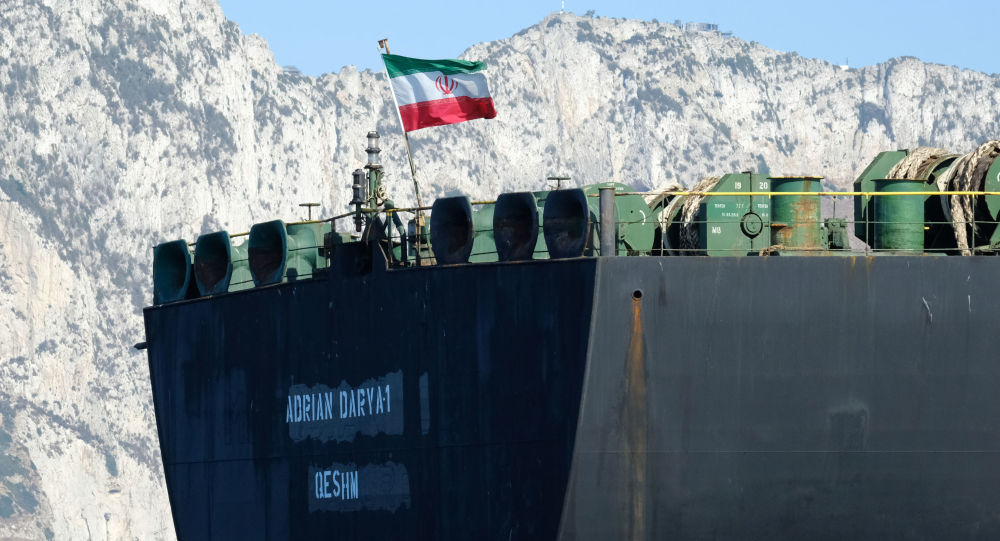 Earlier, the US issued a warrant to seize the Iranian oil Adrian Darya, formerly known as the Grace 1, after a judge in Gibraltar ordered the vessel to be released. Later on, the US Treasury Department announced that it had slapped sanctions on the tanker’s captain.

The TankerTrackers.com website has claimed that the Iranian oil tanker Adrian Darya, which was released by Gibraltar authorities last month, is currently off the coast of Syria.

“We believe it will be Syria’s waters for STS [ship to ship] offloading in order to sail back to Iran via the Suez Canal,” according to a TankerTrackers.com tweet.

And just as we tweeted that out, AD1 changed her destination yet again to “FOR ORDER”. We believe it will be Syria’s waters for STS offloading in order to sail back to Iran via the Suez Canal. #OOTT pic.twitter.com/qVzRwFN3F2

The news comes after a source said on Saturday that “several Turkish oil tankers are approaching the Iranian oil tanker near the port of Mersin in the run-up to discharging of the Adrian Darya and transporting oil to Turkish vessels.”

Pompeo Claims Adrian Darya on Her Way to Syria

This followed US Secretary of State Mike Pompeo claiming Friday that the Adrian Darya was setting sail to Syria.

“We have reliable information that the tanker is underway and headed to Tartus, Syria. I hope it changes course,” he said.

Earlier, the global ship tracking resource MarineTraffic claimed that the tanker was heading toward the city of Iskenderun in southern Turkey. Turkish Foreign Minister Mevlut Cavusoglu argued, however, that the renamed ship was on its way to Lebanon, claims that were denied by Lebanese Finance Minister Ali Hassan Khalil.

The Adrian Darya, formerly known as Grace 1, was captured by Gibraltar authorities, supported by UK troops, near the Strait of  Gibraltar on 4 July on suspicions of transporting oil to Syria in violation of EU sanctions.

In mid-August, the vessel was released by the Gibraltar government a day before the United States issued a warrant to seize the tanker for breaching international law by ostensibly making illegal oil shipments to Syria, allegations that were denied by Tehran. 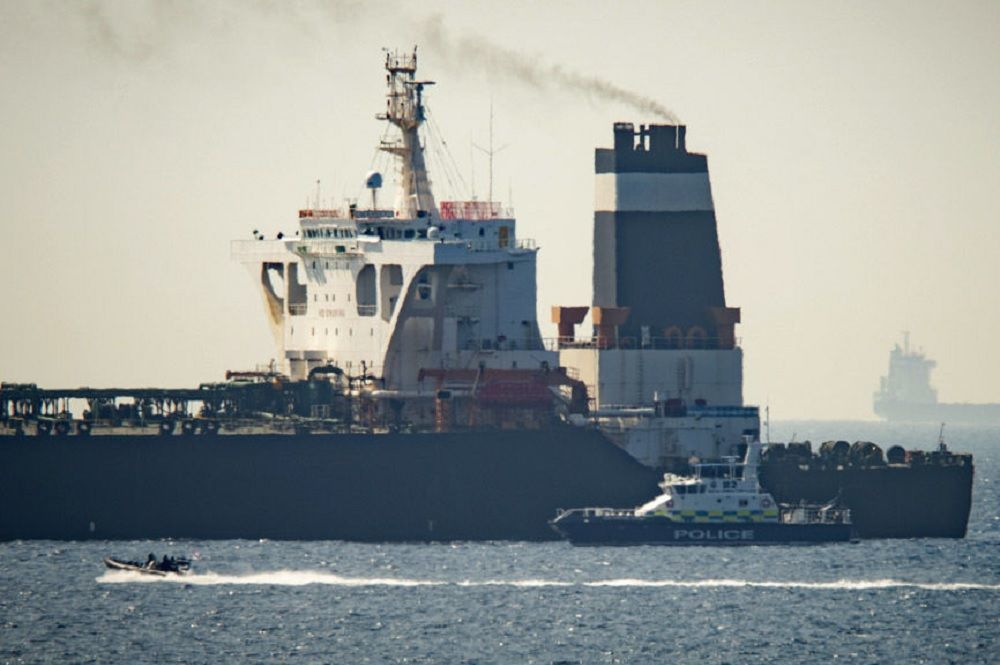 More recently, the US Treasury Department has sanctioned the Adrian Darya and its captain for allegedly transporting more than two million barrels of oil that will benefit Iran’s security forces.

Tensions between Washington and Tehran have been simmering since May 2018, when President Trump announced the US’ unilateral withdrawal from the 2015 Iran nuclear deal, also known as the Joint Comprehensive Plan of Action (JCPOA), while re-imposing harsh economic sanctions on the Islamic Republic.