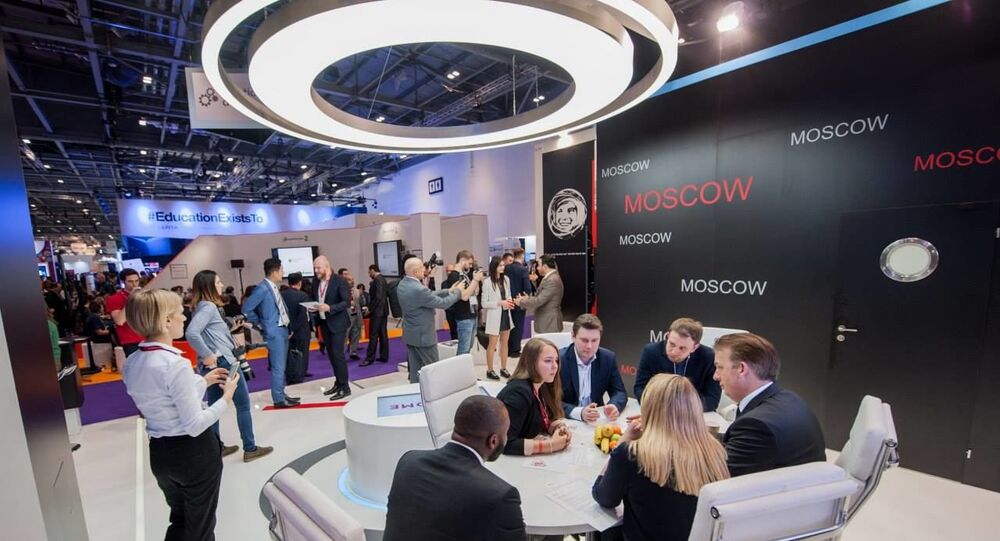 Moscow is currently hosting the third international "City for Education" global forum. Taking place at the All-Russian Exhibition Centre, this event brings together scientists and businessmen, as well as teachers and students from all over the world to share their experiences in the field of open education.

During the Moscow Global Forum "City for Education", the Prime Minister and Minister of the Interior of the United Arab Emirates (UAE) Sheikh Saeed bin Zayed Al Nahyan discussed the creation of an international alliance of cities "For Education" with the Mayor of Moscow Sergei Sobyanin and shared his country’s experience in developing students’ abilities.

At the forum, the UAE Prime Minister presented AQDAR, the country’s national programme to develop the abilities of schoolchildren and youth.

"The city should contribute to the development of science and to education," he said in a speech to the forum participants.

The representative of the UAE’s top leadership also met with Moscow Mayor Sergei Sobyanin. They discussed the development of the scientific and educational potential of cities. Following the discussion, the Moscow authorities plan to come up with a proposal to create an international alliance of cities "For Education," the head of the Department for External Economic and International Relations of Moscow (Russia) Sergey Cheremin said.

"We hope that, based on the vast experience of relations between the Moscow government and the UAE’s largest cities and regions, … we will be able to make a serious contribution to the development of relations between our countries. This year we are holding the AQDAR summit for the first time and it is a logical continuation of not only bilateral but also multilateral relations… We would like to come up with a proposal, to appeal to representatives of the world’s largest cities to create an alliance of cities "For Education," Cheremin said.

The AQDAR Global Summit was created on the initiative of the UAE authorities as a continuation of the national programme of the same name. The summit was held twice in Abu Dhabi. In 2019, for the first time, it is taking place outside the UAE as part of the Moscow Global Forum "City for Education."