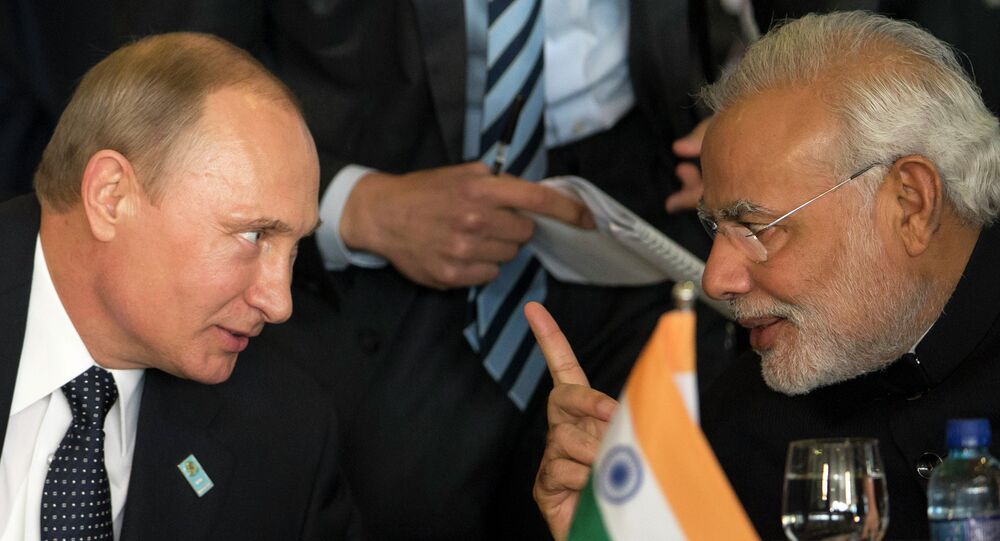 New Delhi (Sputnik): India is planning to import oil and gas from Russia via a new route, bypassing the Strait of Hormuz where tensions between Iran and the US have escalated in recent months. But the proposed alternative route would see vessels navigate the South China Sea, which is also a potential flashpoint.

Indian Prime Minister Narendra Modi is set to hold talks about the renewal of trading links between Vladivostok in Russia's Far East and the Indian city of Chennai during his upcoming visit to Russia on 4 September.

The move comes after Russian ambassador to India Nikolay Kudashev said that one of the major impediments to bilateral trade between the two countries was “the lack of connectivity”.

“The revival of Chennai-Vladivostok maritime corridor would cut in half the time required for goods transportation," Kudashev said.

On Thursday,  Indian Oil Minister Dharmendra Pradhan met his Russian counterpart Alexander Valentinovich Novak in Moscow. The two outlined plans for cooperation in the oil and gas sector that will be further discussed during the upcoming meeting between Modi and Russian President Vladimir Putin.

There are enormous opportunities for investments in oil and gas assets in Russia, and Russian investments in new initiatives launched to transform India into a gas-based economy through CGD, LNG terminals and use of natural gas in transportation, pic.twitter.com/inWK5AKftz

A new route could facilitate Indian investment in the Far East of Russia by Indian energy companies such as ONGC Videsh. But there are concerns that tension between the US and China in the South China Sea could create issues with the new route.

On 13 August, Vietnam accused China of getting too close to an Indian-operated oil drilling operation by deploying a number of naval ships, military aircraft and other assets near to ONGC Videsh's oil assets in the area.

The US called the deployment near the Indian oil block an “escalation” and accused Beijing of interfering with “Vietnam's longstanding oil and gas activities in” Vietnam's Exclusive Economic Zone (EEZ).

On Thursday, Indian Ministry of External Affairs spokesperson Raveesh Kumar said: "The South China Sea is part of the global commons. India, therefore, has an abiding interest in the peace and stability in the region."

Kumar emphasised that any disputes must be "resolved peacefully by respecting the legal and diplomatic processes" and without resorting to threats or the use of force.