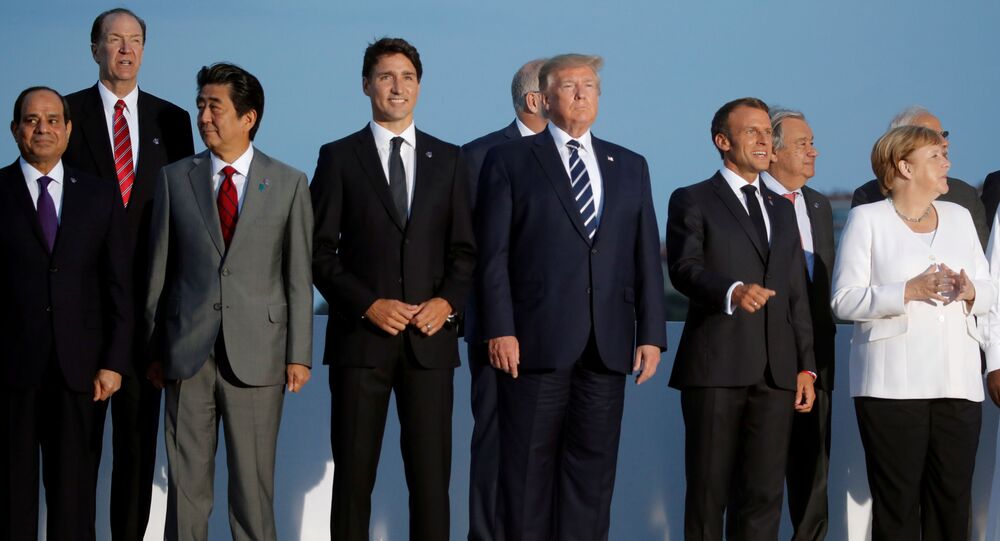 MOSCOW (Sputnik) - Russia's return to the Group of Seven, which would effectively revive the G8 format, is important in terms of providing an effective response to acute international problems, Gunnar Beck, a member of the European Parliament from the Alternative for Germany (AfD) party, has stated.

"President Trump's suggestion is a pragmatic recognition that effective solutions to many international problems require Russia's cooperation or assent. Italy, as on other issues such as the refugee crisis, adopts a similarly realistic stance", Beck said.

The lawmaker added that Russia’s return to the group of leading advanced economies would be possible if France joined Italy in supporting the idea.

Similar positions regarding the importance of Russia's return to the bloc were voiced by members of the European Parliament from France’s Rassemblement National party.

"I think the position of the USA and Italy is the right one. Indeed, Russia is a major world power in industrial, military and energy terms. On this last point, a G7 without Russia is an absurdity," Gilbert Collard told Sputnik.

In turn, Gilles Lebreton said that Russia was an indispensable partner of what used to be the G8 both diplomatically and economically. He expressed hope that despite opposition from other countries, Trump’s position would promote the gradual resumption of normal relations with Russia.

During a Monday press conference that followed the summit, Trump said that Russia’s return to the G7 would benefit both the global economy and security and that he intended to invite Russian President Vladimir Putin to the group’s next summit in 2020, which will be hosted by the United States.

US President Donald Trump’s proposal to invite Russia back to the G7 reportedly triggered disagreements among participants of the group's summit in Biarritz, which was held from 24-26 August. Only Italian Prime Minister Guiseppe Conte seemed to support the idea, while all other leaders besides Japanese Prime Minister Shinzo Abe, who was neutral on the matter, strongly opposed it.

Commenting on the possibility of Russia’s return to the G7, Kremlin spokesman Dmitry Peskov said that while it was not a goal itself, Putin favoured a normalisation of ties with all G7 members.

The Group of Eight was established in 1997 but then became the Group of Seven in 2014 after Russia's membership was suspended over disagreements regarding the events in Crimea and Ukraine that year.