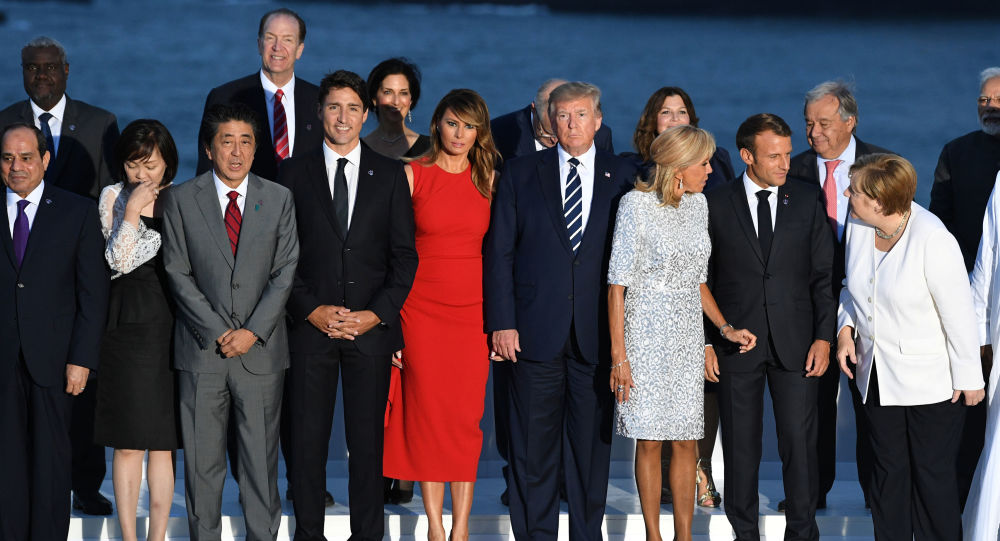 BIARRITZ, France (Sputnik) – Leaders of the Group of Seven nations failed to reach an agreement on Russia’s possible return to the format during the summit in the seaside French town of Biarritz.

On Tuesday, US President Donald Trump agreed with French leader Emmanuel Macron's proposal to invite Russia to the 2020 G7 summit in the United States. Trump also said that Russia should rejoin what was formerly known as the G8 group of industrialized nations.

The G8 format was in place from 1998-2014, but was reduced to the G7 following disagreements with Russia regarding events in Crimea and Ukraine.

The G7 nations accused Russia of interfering in Ukraine’s domestic affairs and as a result, introduced sanctions. 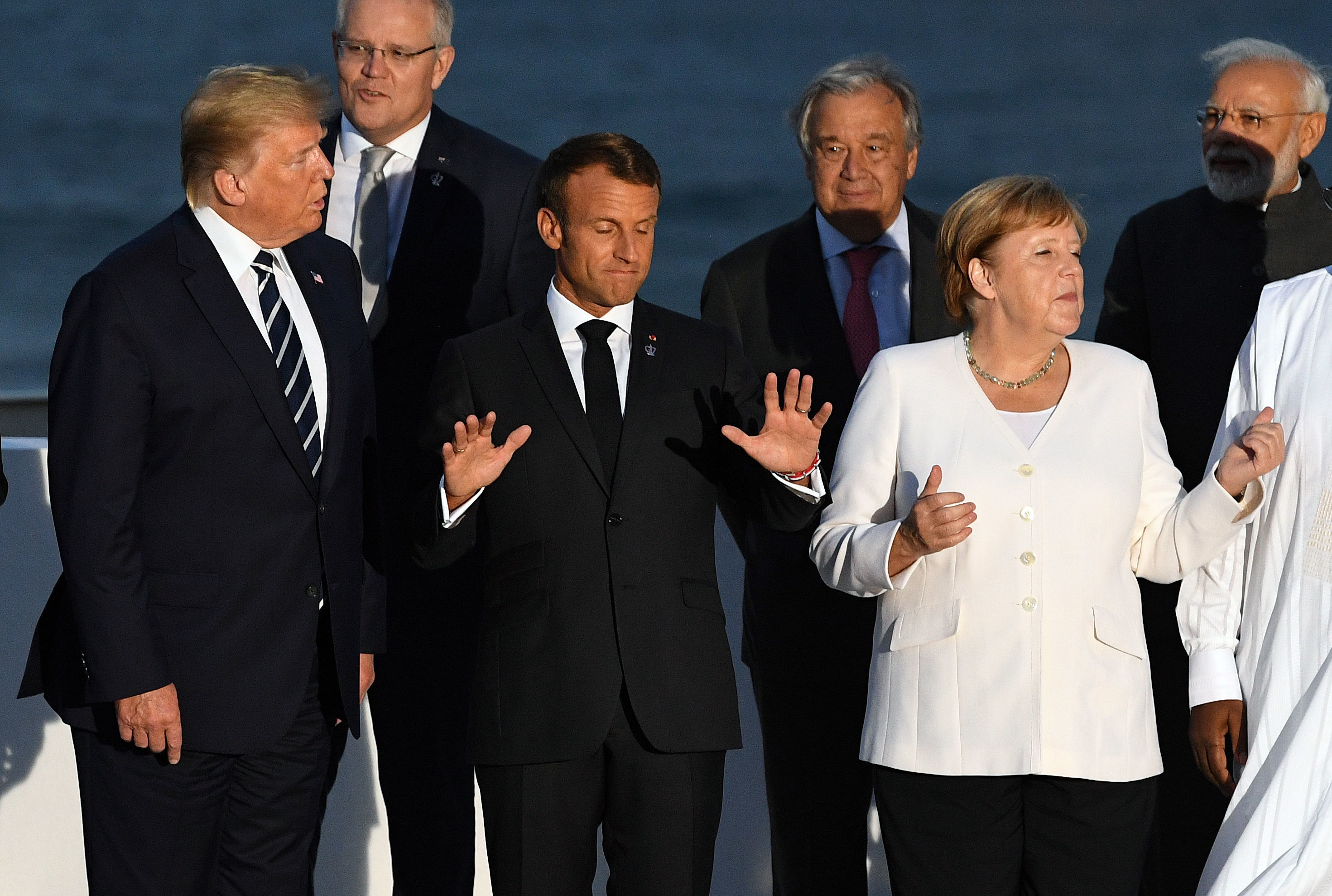 Moscow has repeatedly denied meddling in the domestic affairs of Ukraine, or any other foreign state.

No Consensus on Russia

Following the summit, Macron pointed out that the leaders had not reached any agreement on Russia’s return to the G7 format, which would turn it back into the G8.

“Regarding Russia and the situation in Ukraine, we had a long discussion [...] It prevented a consensus on inviting Russia to our table”, Macron said. 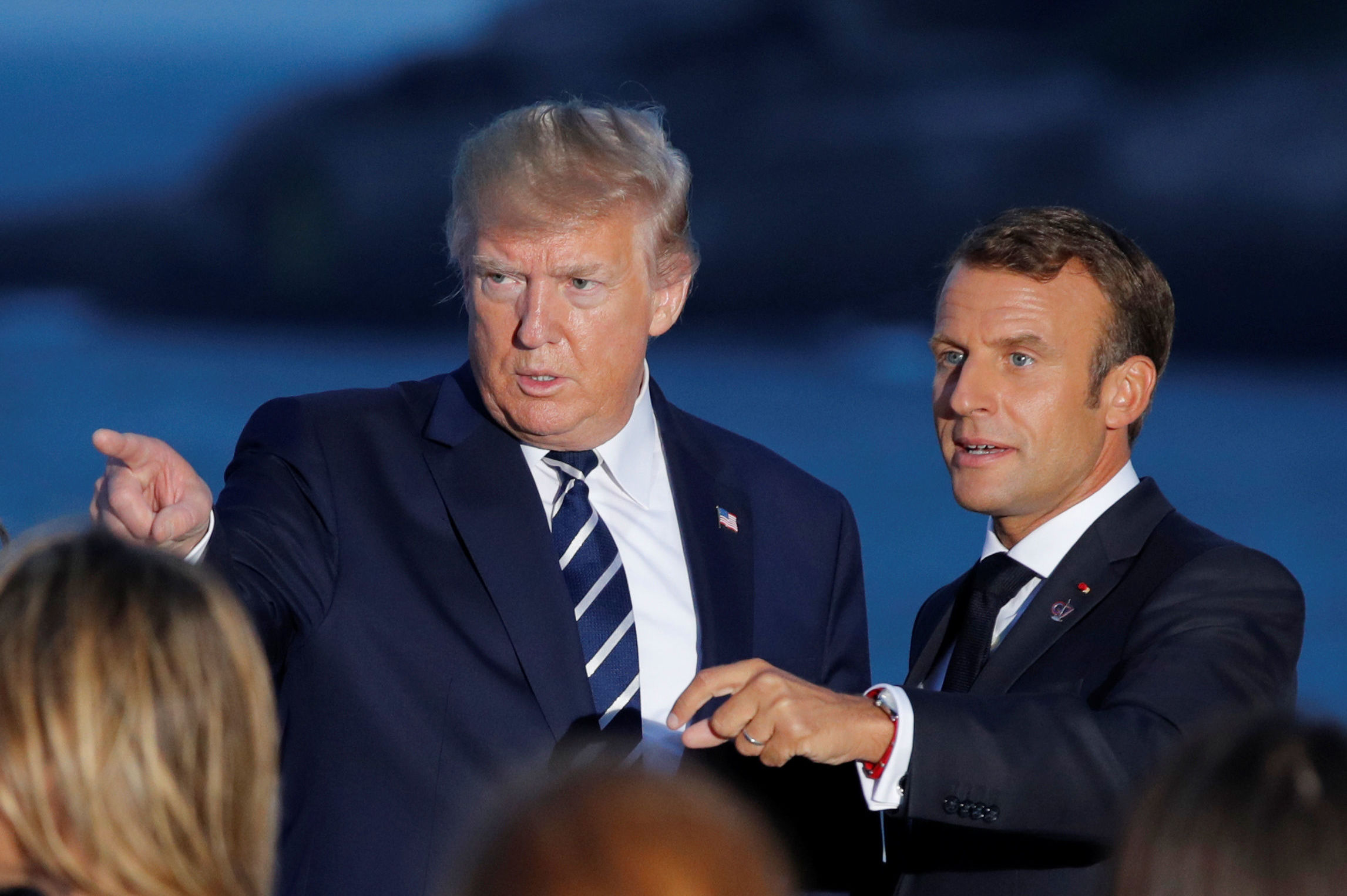 According to the French leader, the United States will have a right to decide whether Russia should be invited to the next summit that will be held in this country.

“The invitation to the negotiating table is a decision of the inviting country. But the transition from the G7 format to the G8 format must be supported unanimously”, he added.

Media reported that Trump calls for a Russian return to the format caused a row with some G7 leaders during the summit in Biarritz.

Trump’s position on the issue was reportedly supported by resigned Italian Prime Minister Giuseppe Conte, who represented the country during the summit, while Japanese Prime Minister Shinzo Abe demonstrated a neutral stance.

© REUTERS / Carlos Barria
U.S. President Donald Trump gestures during his news conference at the end of the G7 summit in Biarritz, France

At the same time, other leaders disagreed with Trump, insisting that Russia should not be a part of the format.

Other Topics of Conversation

The G7 leaders published on Monday a five-point joint declaration following the summit.

"The G7 Leaders wish to underline their great unity and the positive spirit of the debates. The G7 Summit organized by France in Biarritz has successfully produced agreements by the Heads of State and Government themselves on several points", it reads.

The leaders of France, Germany, Italy, Japan, Canada, the United Kingdom, and the United States reiterated their commitment to an "open and fair world trade" and an overhaul of the World Trade Organization.

Concerning Iran, they agreed that their shared objectives were to stop Iran from obtaining nuclear weapons and foster peace and stability in the region.

On Ukraine, G7 leaders confirmed that France and Germany would organize a Normandy summit in the coming weeks to achieve "tangible results". The four-way summit will also include the Russian and Ukrainian presidents. 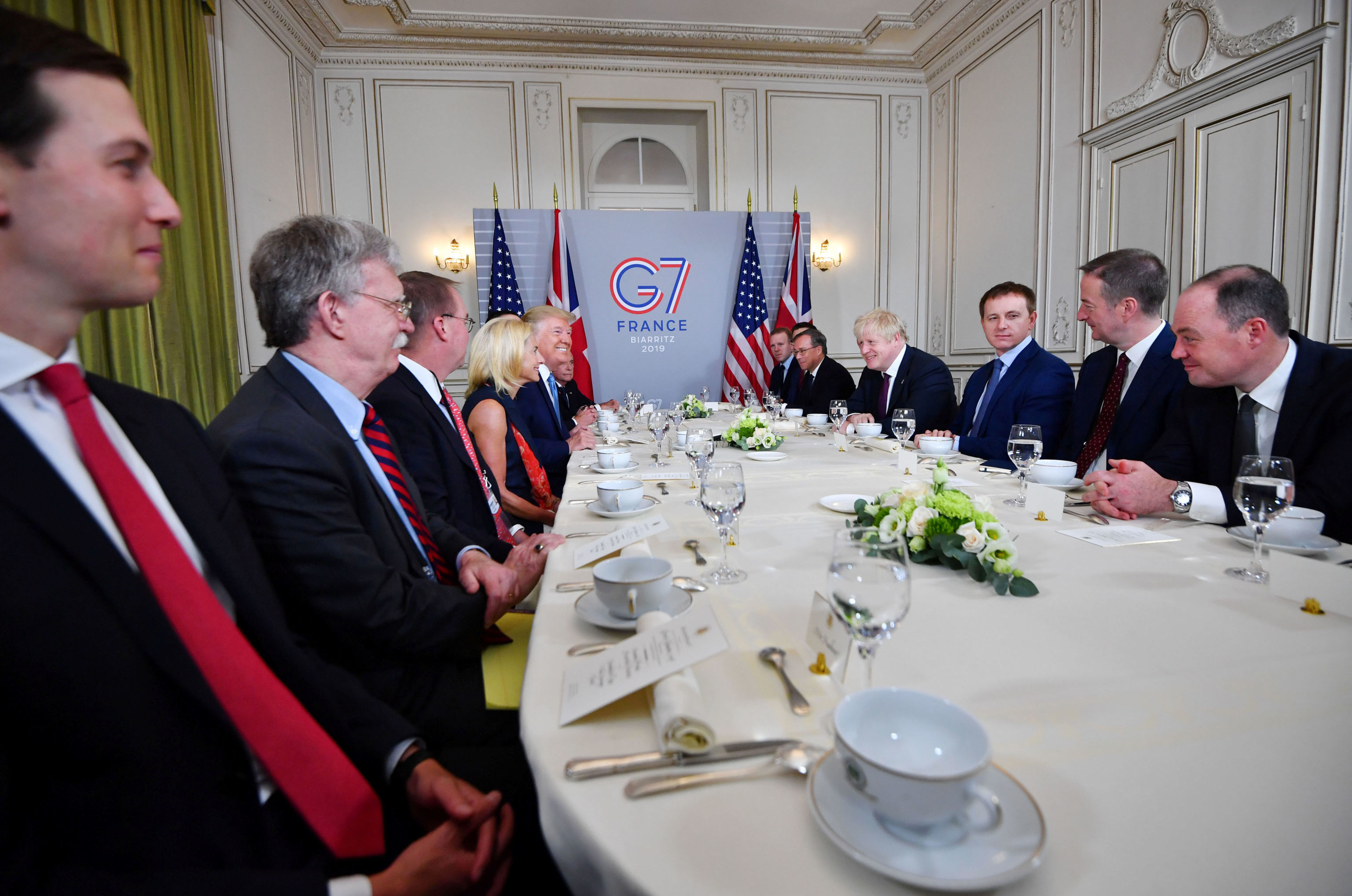 On Libya, the seven nations backed efforts by the UN and the African Union to convene a conference of all stakeholders and regional actors. They reiterated that the conflict could only be resolved through a political process.

On anti-government protests in Hong Kong, the leaders reaffirmed the "existence and importance" of the UK-Chinese pact that saw the United Kingdom hand the city over to China on the condition of giving it a high degree of autonomy and said that violence should be avoided.