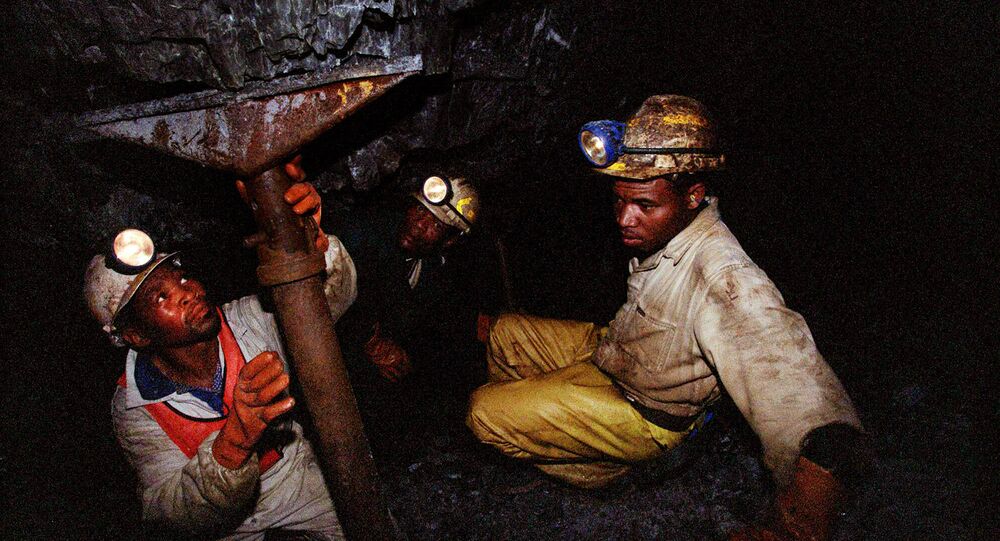 The Steenkampskraal mine, located about 350 kilometres north of Cape Town, South Africa, used to produce thorium, a component of nuclear fuel, in the 1950-60s.

South Africa’s Steenkampskraal mine is on course to become hot mining property thanks to the discovery of some of the world's highest-grade deposits of rare earth metals, reports AFP.

The mine, located about 350 kilometres north of Cape Town, used to produce thorium, a component of nuclear fuel, in the 1950-60s.

Now it has been found to have monazite ore, which contains extremely high-grade rare earth minerals, including neodymium and praseodymium. Rare earth elements are a group of 17 minerals unique for their magnetic, catalytic and electrochemical properties.

The elements are vital to modern-day industries, with uses ranging from industrial magnets, alloys for aircraft engines, military hardware, and hybrid cars to consumer electronic devices and medical equipment.

The rare earth grade in some areas of Steenkampskraal mine is 45% total rare-earth oxides. Recovered grade after dilution will be about 10%. The National Instrument 43-101 Mineral Resource Estimate (MRE) confirms it to be the world's highest grade RE minehttps://t.co/kHwf7Wqhwe pic.twitter.com/KgNXV7mD4F

​Currently, China produces the largest share of so-called "tech minerals", more than the US, which relies on the Asian country for about 80 percent of its rare-earth imports.

However, against the backdrop of the escalating US-China trade friction, President Donald Trump on 22 July issued an executive order to find other sources of the crucial elements.

Last year, China became a net importer of some rare earths due to its massive trade in electric vehicles, while its own government also conducted a crackdown on illegal exploration and production.

As demand for the minerals grows, the Steenkampskraal mine could fill the void, suggested Blench.

"South Africa is certainly on par with any other country that would lay a claim to being able to supply rare earths elements to meet this increasing demand".

​Steenkampskraal has secured all the licences required to start mining, with prospects of an initial production of 2,700 tonnes a year once funding of $50 million (45 million euros) has been secured, with further plans to expand.