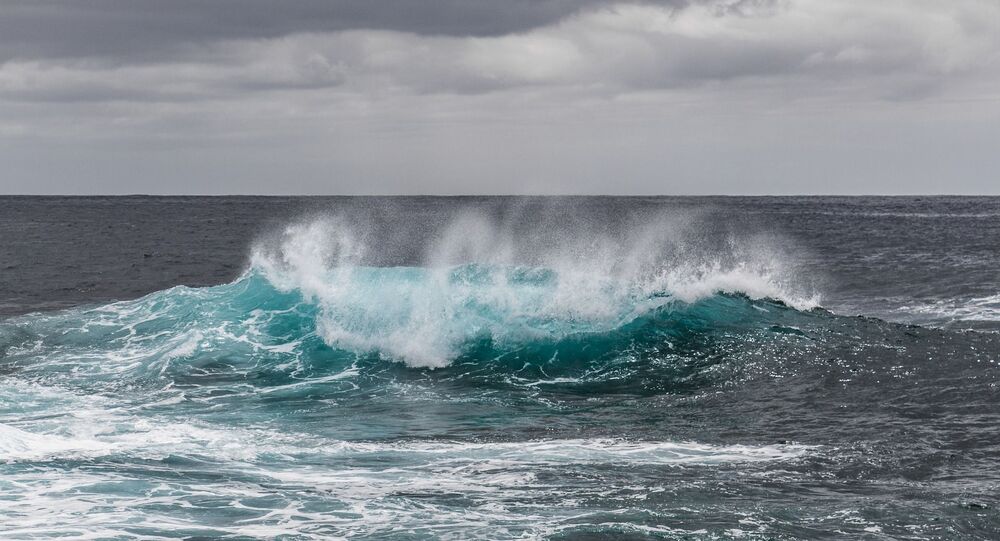 The size of about 20,000 football fields, the rocky mass floating in the Pacific Ocean was first reported by Australian sailors earlier this month, likely originating from an underwater volcano near Tonga.

A vast expanse of volcanic rocks stretching over 150 sq km is drifting through the Pacific Ocean, according to the online publishing outlet NASA Earth Observatory.

The “pumice raft”, as it has been dubbed, was first sighted by Australian sailors earlier in August.

The crew of the catamaran Roam encountered it and posted a detailed report on Facebook on 15 August.

They described a “rubble slick made up of rocks from marble to basketball size such that water was not visible", and a strong smell of sulfur.

An Australian couple Shannon Lenz and Tom Whitehead sailing on a catamaran to Fiji reported the "pumice raft", after entering the rubble at night.

The couple found themselves temporarily stuck in the rocky mass, but were able to extricate themselves later, subsequently sending samples of the pumice stone to researchers at the Queensland University of Technology in Australia.

Experts say there is nothing particularly novel about the find, since such pumice masses may be seen about once every five years in the region.

Pumice is a lightweight, bubble-rich rock produced when magma is cooled rapidly. Large "rafts" of the volcanic rock are more likely to form when a volcano is located in more shallow waters, claim experts.

Scientists suggested the pumice came from an underwater volcano near Tonga that erupted around 7 August, judging by satellite images.

On 13 August the Operational Land Imager on Landsat 8 acquired natural-colour imagery of the pumice raft floating in the Pacific Ocean near Late Island in the Kingdom of Tonga.

As of 22 August the raft had moved north and although more dispersed was still visible.

A potential hazard on the waterways, sailors have been warned to steer clear of the huge rocky obstacle.

The pumice is currently drifting westwards towards Fiji, and has been forecast to reach Australia.

The pumice, claim scientists, is likely to become home to marine life as it drifts across the Pacific on currents.

Some experts even believe the pumice mass could be a boon, restocking the damaged Great Barrier Reef should it reach Australia.