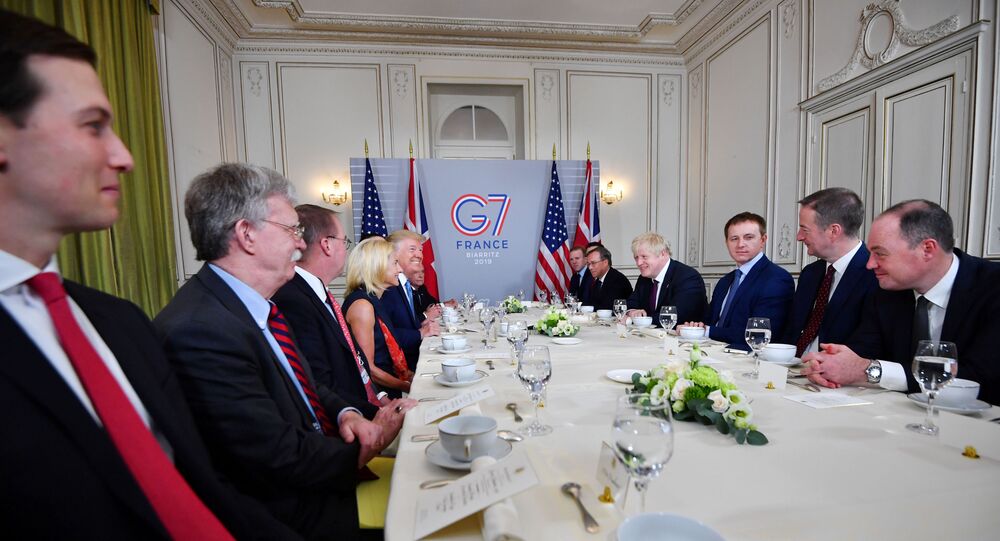 WASHINGTON (Sputnik) - Several members of the Group of Seven (G7) are interested in inviting Russia back to the organisation, following five years of its absence from the bloc after tensions over Crimea, US President Donald Trump said.

The US president is currently attending the G7 Summit in the French resort city of Biarritz, which will run through Monday. The US president said he had a "lively" discussion on Saturday with other members of the G7 group on the possibility of inviting Russia back to the group.

Prior to that, Trump agreed on 20 August to French President Emmanuel Macron's proposal to invite Russia to the 2020 G7 summit in the United States. Trump also said that Russia should return to what used to be G8. While some countries, like Japan, are open to the idea, others, like Canada, remain stridently opposed to it. Russian President Vladimir Putin said this week that his country saw any form of dialogue with G7 nations as useful.

Crimea rejoined Russia following a referendum in which nearly 96 percent of voters supported the move in March 2014. Ukraine, as well as the majority of Western countries, refused to recognise the referendum as legitimate.

The Russian authorities have repeatedly claimed that the referendum was conducted in full compliance with international law and that it was the democratically expressed will of the Crimean residents to become part of Russia again.