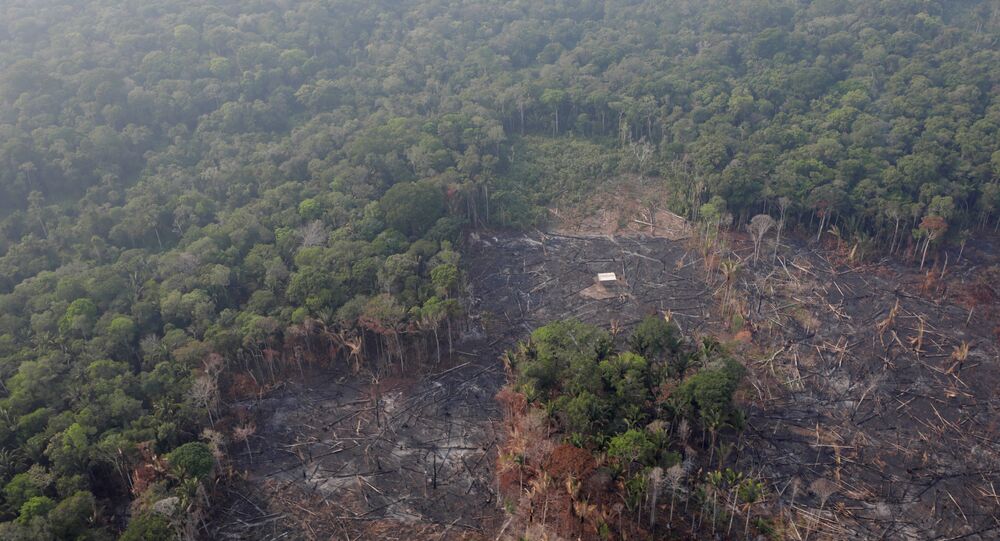 Trade talks between the EU and the Mercosur group, which includes Argentina, Brazil, Paraguay, and Uruguay, have intensified in recent months, with Brussels calling the agreement’s speedy ratification a “number one priority”. Talks on the deal have been overshadowed by thousands of fires burning at record levels in the Brazilian Amazon, attributed by experts to deforestation.

The mass wildfires raging in Brazil's Amazon split European nations on Saturday, with political leaders at the G7 summit, underway in Biarritz, southern France, locking horns over the future of a trade deal with Brazil and other South American nations, reported DW.

French President and summit host Emmanuel Macron voiced his opposition to the EU-Mercosur trade deal, citing what he alleged was Brazilian President Jair Bolsonaro's inability to address the fires and fight climate change.

Irish PM Leo Varadkar also advised waiting to move on with the deal until Brazil reins in the blazes.

“There is no way that Ireland will vote for the EU-Mercosur Free Trade Agreement if Brazil does not honour its environmental commitments”, Varadkar said in a statement.

“The Mercosur Deal is two years away from a vote on approval in Europe. During the course of these two years, we will monitor closely Brazil’s environmental actions”.

The Finnish government, which currently chairs the EU, called on member states to consider more trade restrictions, with Finance Minister Mika Lintila saying that he “condemns the destruction of the Amazon and calls for Finland and the EU to urgently look into the possibility of banning Brazilian beef imports”.

The president of the European Council, Donald Tusk, spoke at a G7 press conference, saying the European Union "stands by the EU-Mercosur agreement, but it’s hard to imagine a harmonious process of ratification by the European countries as long as the Brazilian government allows for the destruction of the green lungs of planet earth."

The threat to shelve the deal that would remove trade barriers between European member states and Brazil, Uruguay, Argentina, and Paraguay met with immediate resistance from other EU member states, such as Germany and the UK.

Germany, while expressing concern over the situation in the rainforest, adhered to the position that shelving the trade deal would not be the "appropriate response".

"There are all sorts of people who will take any excuse at all to interfere with trade and to frustrate trade deals, and I don't want to see that. I think I'd be reluctant to do anything, at this very difficult time for global free trade, to cancel another trade deal".

Another nation with close ties to South America, Spain, also voted to go ahead with the deal, as Spain's government issued a statement, seen by AFP, saying that it does not support blocking the deal.

According to the statement, it is "precisely through applying the environmental clauses of the deal that we can advance" the fight against climate change.

Brazil’s President Jair Bolsonaro pledged in an address to his nation to mobilise the army to help combat the blazes, while lashing out at France’s Emmanuel Macron as having a “colonialist mind-set” after the French leader declared the wildfires devastating the Amazon forest an “international crisis” and insisted they be discussed at the G7 summit.

Macron addressed the issue of the blazes in the Amazon in a national address on Saturday, as political leaders arrived in Biarritz for the G7 summit, and urged the need for international discussion on the matter.

For the free-trade deal to enter into force all EU states, the European Parliament, and Mercosur nations need to ratify it.

Having taken 20 years to iron out, the deal is set to potentially create the largest free trade area in the world.

The Amazon rainforest has been hit by the most intense blazes for almost a decade, with Brazil having to deal with the consequences of over 72,000 fires this year, an 85 percent increase on the same period in 2018, according to the National Institute for Space Research.