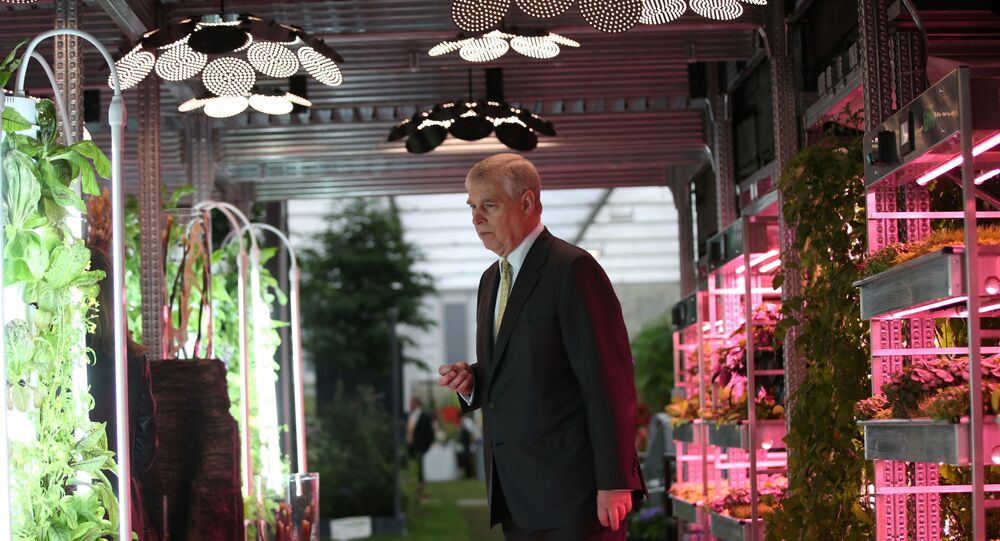 Following weeks of media speculation, Prince Andrew has denied being aware of any "behaviour of the sort" that led to the arrest and conviction of the now-deceased US financier and registered sex offender Jeffrey Epstein. Despite his statement, new details about their 20-year "friendship" continue to surface.

Prince Andrew, the UK Queen's second son, flew on Jeffrey Epstein's private jet with Miss Russia 1998 Anna Malova in 1999 who was jailed a decade later for failing to show up for a drug-treatment programme, The Sunday Times reported, citing flight records submitted in a US court.

The Duke of York, 38 years old at the time, and Malova, 27, allegedly travelled from the US financier's private Caribbean island to the American mainland on the jet, which has been dubbed the "Lolita Express" in the media.

According to the news outlet, the flight records were accessed by women who claim to have been trafficked by Epstein and were submitted in court by Virginia Roberts Giuffre, who alleged in a 2015 lawsuit that she was groped by Prince Andrew at Epstein's New York mansion when she was a teen.

The logs suggest that the Russian beauty queen was on board the plane, which carried nine passengers, including Epstein and British media heiress Ghislaine Maxwell, who was later accused by Giuffre of being the "Madame" for the financier's alleged sex trafficking ring.

Malova, who became a popular socialite after she won the title at home and then made it to the Top 10 of Miss Universe 1998 in Honolulu, Hawaii, was rumoured to have been romantically involved with Hungarian-American billionaire and philanthropist George Soros in the 2000s. However, neither of them have commented on the speculation.

She was arrested in 2010 after New York prosecutors accused her of forging drug prescriptions and stealing a prescription pad from another doctor. She was jailed in 2011 for arriving late for a court-mandated evaluation related to the charges.

The former model told The Sunday Times that she "can't confirm or deny anything".

The new details emerged a day after the Duke of York broke his silence on the alleged links to Epstein, who was arrested on 6 July over multiple child sex trafficking allegations and killed himself in his Manhattan jail cell a month later.

"It is apparent to me since the suicide of Mr Epstein that there has been an immense amount of media speculation about so much in his life. This is particularly the case in relation to my former association or friendship with Mr Epstein. I met Mr Epstein in 1999. During the time I knew him, I saw him infrequently and probably no more than only once or twice a year. I have stayed in a number of his residences. At no stage during the limited time I spent with him did I see, witness or suspect any behaviour of that sort that subsequently led to his arrest and conviction", Prince Andrew said.

Andrew, who's eighth in line to the British throne, has called meeting Epstein in 2010 - shortly after his release from jail, where he spent 13 months on charges of soliciting a minor for prositution - a "mistake and an error".

"I can only reiterate my regret that I was mistaken to think that what I thought I knew of him was evidently not the real person given what we now know. His suicide has left many unanswered questions and I acknowledge and sympathise with everyone who has been affected and wants some form of closure. I deplore the exploitation of any human being and would not condone, participate in, or encourage any such behaviour".

Prince Andrew found himself at the epicentre of a huge scandal last month after freshly unsealed court documents named him in Guiffre's lawsuit against Maxwell, where the plaintiff claimed to have been used as a "sex slave" when she was a minor to perform various sex acts on the rich and famous, including the Duke, at Epstein's mansion. Buckingham Palace has repeatedly denied any suggestion that the prince could "condone or participate" in any such behaviour.