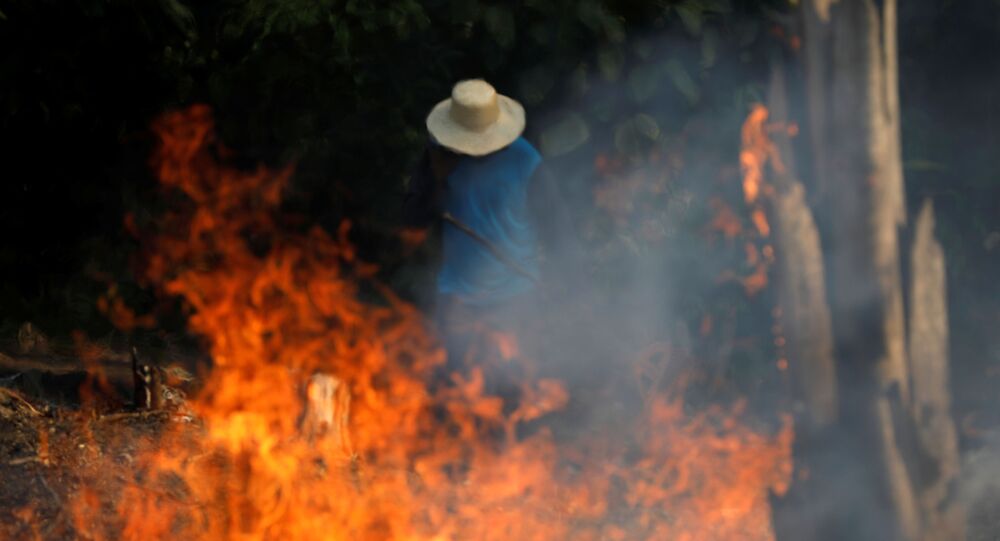 MOSCOW (Sputnik) - EU Foreign Policy Chief Federica Mogherini said Friday that the European Union was ready to provide consultations to its partners in the Amazon basin to help them combat forest fires that have emblazoned the region's rain forest for the last three weeks.

The #Amazon is the hearth of our planet, a vital resource for humanity, key in tackling #climatechange. Protecting it and fighting the #fires is a common responsibility. The #EU is ready to do its part and put its experience at the service of our partners from the Amazon basin

​Earlier on Friday, French President Emmanuel Macron called on world leaders ahead of the G7 summit in France to prioritize the putting out of the wildfires destroying the Amazon.

Similarly, on Thursday, UN Secretary-General Antonio Guterres expressed concern over the fires, saying that amid a global climate crisis, the world could not afford to lose its major source of oxygen and biodiversity.

© REUTERS / Ueslei Marcelino
An aerial view of a deforested plot of the Amazon near Humaita, Amazonas State, Brazil August 22, 2019

The wildfires in the Amazon rain forest have drawn international attention. According to satellite data provided by the Brazilian National Institute for Space Research, this year, the wildfire area increased by 82 per cent compared to 2018. Experts from across the world are warning of grave consequences of the fires.