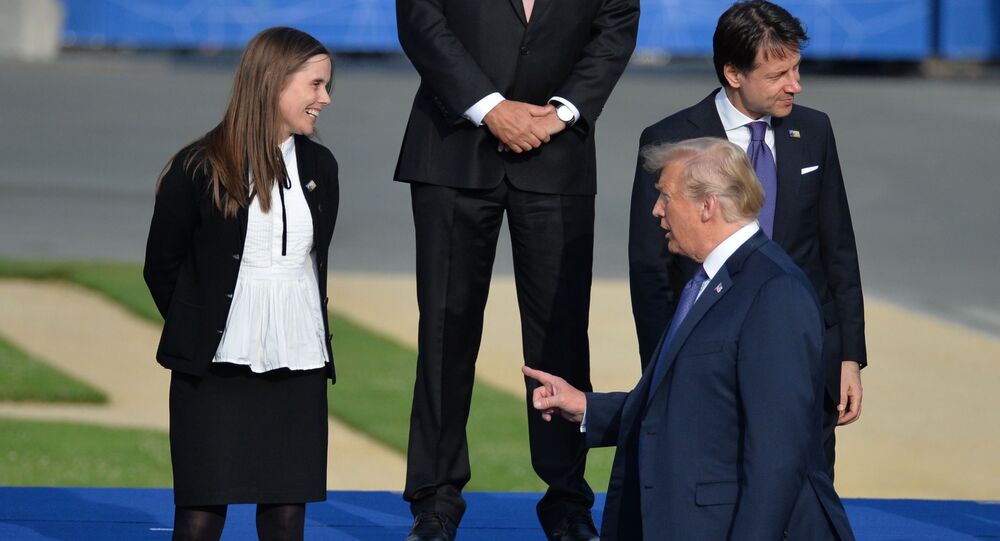 While in Iceland, Pence is expected to address the country’s strategic position in the Arctic and NATO’s anti-Russia efforts. This agenda has drawn criticism from lawmakers defending Iceland’s traditional neutrality, but the nation’s top official says her move was not meant to humiliate the vice president.

Iceland’s prime minister has announced that she would not be around for the visit of US Vice President Mike Pence to her North Atlantic nation.

Katrin Jakobsdottir, of the left-wing, eco-socialist Left-Green party which leads the current coalition government, said “prior commitments” would keep her from meeting with Pence.

She would travel to Sweden’s Malmo to give a keynote speech at a conference of the Council of Nordic Trade Unions on 3 September, the day before Pence’s scheduled arrival, and does not plan to return to Iceland immediately to meet the vice president.

Speaking to local broadcaster RUV on Tuesday, Jakobsdottir lamented that Pence’s visit, organised by Iceland’s foreign ministry, “has been bouncing a lot around the calendar” and it was difficult for her to fit it in the schedule.

Mike Pence will travel to Iceland en route to the UK and Ireland to highlight the strategic importance of this tiny nation of just 350,000 people in the Arctic and talk about NATO’s efforts to counter Russia in the region.

It emerged in June that the US plans to dish out $57 million on the naval base it operates near Reykjavik.

Several Icelandic lawmakers have spoken out Pence’s visit: an MP for the Left-Green party, who sits on the parliamentary foreign affairs committee, said the matter is complicated for the party which supports Iceland’s neutrality and opposes its involvement in NATO.

But the prime minister said her trip to Sweden was “absolutely not” a snub to Pence. She recalled that she had met US Secretary of State Mike Pompeo in February and had a conversation with Donald Trump at a NATO meeting in July.

“I can promise everyone that when Mike Pence comes here – and I am working on the assumption that the date is now firm – that he will meet a top-ranking team of Icelandic leaders,” she promised.

Her move has still raised some eyebrows. “This is unprecedented for an Icelandic prime minister,” historian Thor Whitehead, from the University of Iceland, told The Associated Press. “I doubt any other Western leader would decide to address a friendly conference abroad instead of welcoming a major foreign ally.”

Mike Pence will be the first US vice president to visit Iceland since George H.W. Bush visited Reykjavik on a four-country trip to Scandinavia in 1983.

His visit will come amid controversy between the United States and another Nordic nation, Denmark.

Earlier this week, Donald Trump postponed a meeting with the Danish prime minister, which was scheduled to take place in two weeks, because Copenhagen had shown “no interest in discussing the purchase of Greenland".

Even more than that, the Danish government labelled the idea “absurd”, prompting a rebuke from Trump. Both Denmark and Greenland, the kingdom’s self-governing territory, insist that the island is not for sale.