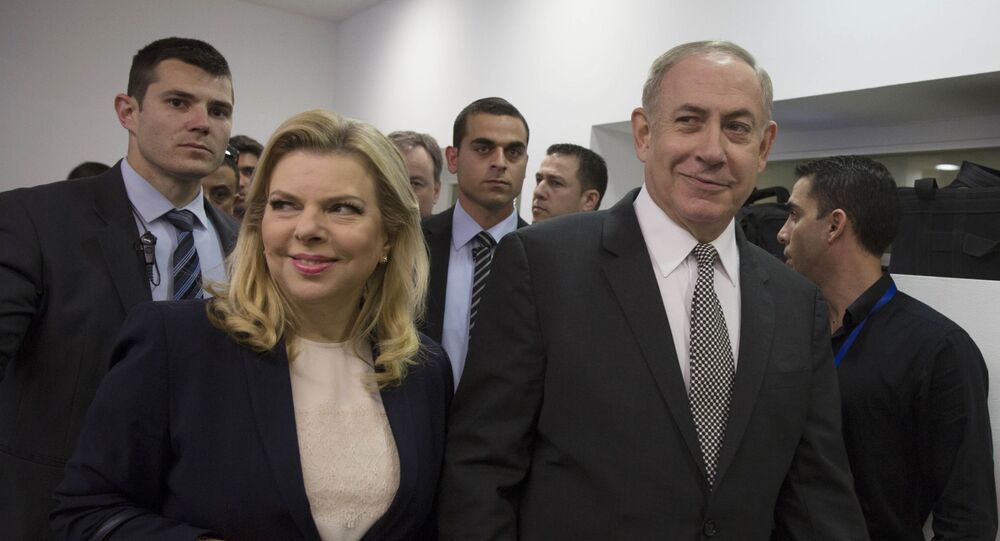 According to reports, Netanyahu's wife left Israel in a bad mood due to the reception that she received by a crew member on the prime minister's plane.

An official visit of Israeli Prime Minister Benjamin Netanyahu to Ukraine has been marred by a breach of custom by his wife, Sara Netanyahu, which was caught on camera. The footage, published on YouTube, shows the Netanyahus being welcomed with a Ukrainian traditional treat for visiting foreigners – bread with salt – a gesture that indicates hospitality on the part of the host.

The guest is supposed to accept the offering as a sign of good will on their part, but Sara Netanyahu apparently chose to ignore this custom. In the video, the Israeli prime minister is seen eating a piece of the bread with salt himself and then giving some to his wife, who simply decides to throw it on the ground.

But the incident went by unnoticed, as the official welcome proceeded afterwards without any problems. While it's unclear why Sara Netanyahu decided to throw away the treat, several media outlets reported that she was not in a good mood after allegedly being poorly received by the captain of the prime minister's plane that took the couple to Kiev.

Benjamin Netanyahu later commented on the incident, saying that his wife didn't mean to offend anyone in Ukraine by her actions and even dressed in the country’s colours, yellow and blue, to pay her respect to the host nation.